​Exports of cars and parts from South Korea set to rise 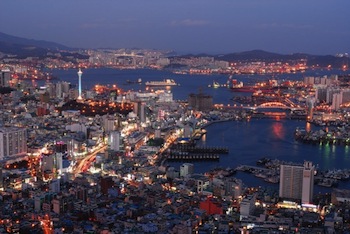 The Port of Busan, in South Korea

In a report issued last week, KAMA estimates that overseas sales will hit $77.8 billion this year: an increase of 4.1% in exported vehicles.

Local production of cars started falling in 2011, and a reported 4.52m units were shifted last year. However, sales may rebound to 4.6m units this year, up 1.7%.

The total number of cars shipped abroad is expected to rise 3.6% during the course of the year to 3.2m, which is a record for a one-year period, according to KAMA. Automotive parts shipments are also expected to increase, by 2.7% to $26.8 billion.

On domestic sales, KAMA estimated some 1.58m cars may be sold. Of these, sales of cars made by local OEMs should advance 1.2% to around 1.4 m with the imports accounting for around 180,000 units.