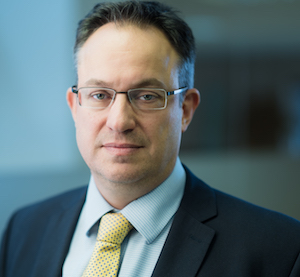 Following a four-year splurge in newbuilding contracting that culminated in more than 300,000 Car Equivalent Units (CEU) being ordered in 2015 alone, less than 20,000 CEU were ordered during 2016 and 2017.

Maritime Strategies International (MSI) has recorded just two orders this year, a 2,200 CEU vessel designed for Chinese coastal trade and a 7,000 CEU vessel for NYK at Shin Kurushima, although the timing of the latter order may fall into Q4 2017.

As a result, fleet growth has slowed in recent quarters as the flow of newbuilding deliveries has finally begun to ease. Last year, 22 new vessels totalling 151,000 CEU hit the water, of which vessels over 7,000 CEU in size accounted for approximately 65% in capacity terms.

This year, a further 11 vessels had been delivered by the end of July, with just six vessels in the schedule for the remainder of the year.

MSI's contracting forecast calls for 32,000 CEU to be ordered for 2018 as a whole, but this could prove conservative given rumours of preliminary newbuilding discussions underway in China and Korea. From 2019 onwards, we expect contracting levels to pick up.

Firstly, pure car truck carrier (PCTC) fleet employment has improved, underpinned by firmer cargo demand and slower fleet growth. Although the upward pull on freight and TC rates has been disappointing to date, we still expect an earnings improvement if the market balance continues to tighten, which will support demand for new tonnage.

The orderbook measured as a percentage of the current fleet stands at just over 4%, the lowest level across all commercial sectors bar multipurpose/ general cargo and reefer ships.

Newbuilding prices have bottomed out and shipyard enquiry and order levels across commercial shipping sectors are rising – MSI's forecast calls for prices to continue rising towards their next peak, in 2022, and cost-conscious owners will want to order before prices rise too far.

The average age of the fleet has crept up from less than 10 years in 2010-12 to almost 12 years in October 2018, and replacement requirements will become a factor over the next five years as more than 80 vessels are currently aged 20 years or older.

Counter to these assumptions is the message from leading operators that new orders will not be placed as long as freight rates remain under pressure, something that will take time to filter through despite improvements due to industry practise whereby a significant part of the cargo base is carried under contracts of affreightment (COA). Tonnage providers are also highly unlikely to commit to building new vessels as these are not financially viable given current charter rate levels.

Scrapping statusThe other key factor is vessel scrapping and although more than 240,000 CEU were removed from the fleet during 2016-17, demolition levels have slowed during 2018 as employment prospects have picked up.

Confirmed year-to-date scrapping stands at seven vessels and beyond 2018, our scrapping forecast remains fairly modest at around 21-22,000 CEU per annum to 2022, which reflects our expectation that sector employment and earnings will continue to improve. Limited newbuilding activity during 2016-18 will keep the lid on deliveries at least until 2021, increasing the call on the older fleet.

Our scrapping forecast assumes that operators will be successful in passing on the incremental fuel costs associated with the IMO’s global sulphur cap in 2020 to their customers. However, we recognise that increasing regulatory pressure in the build up to IMO 2020 and onwards may drive demolition volumes beyond our forecast, representing an upside risk to our employment rate and sector earnings.

Niklas Carlen is a research director at Maritime Strategies International