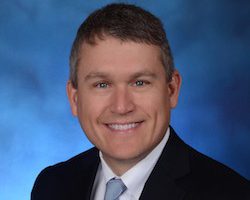 Tom Finelli, who previously headed North American purchasing, is moving to a new role in Italy as head of purchasing at Comau, the FCA integrated subsidiary that develops and makes automated manufacturing systems, including robots.

Thiele was previously vice-president of global product finance and joined the Chrysler group in 2007 as director of raw materials and stampings procurement.

Meanwhile, Scott Garberding, who was CPO with direct responsibility for Europe, Middle East and Africa (EMEA), is moving to become global head of quality. As with Thiele’s move, he will be also taking on responsibility for quality in North America. That means Garberding is effectively replacing both Mark Chernoby, as global head of quality, and Matt Liddane, who was vice-president of quality for North America.

Chernoby will remain in his role as chief operating officer of product development, head of product portfolio management. Liddane has moved to head of quality for FCA’s subsidiary parts maker, Magneti Marelli.

Monica Genovese has taken over the purchasing role overseeing the EMEA region from Garbardering.

Garberding joined Chrysler in 1993 in the manufacturing department.

Thiele, Garberding and Chernoby are all on FCA’s group executive council, the organisation’s highest management-level body.