FCA reported to be planning Jeep exports from India 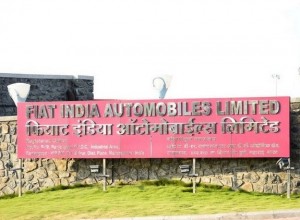 Fiat Chrysler Automobiles (FCA) is planning to introduce the Jeep brand to India next year, starting with the Wrangler and Grand Cherokee models, and in 2016 will produce a third Jeep brand SUV. According to a report in India’s Economic Times the latter model will also be exported to overseas markets, including Australia, South Africa and the UK.

Citing sources close to developments at FCA, the Economic Times said the automotive joint venture is looking to use India as an export hub to help it reduce losses incurred in the country. The report said that the investment in Jeep production is likely to go into expansion of capacity and that Fiat may set up a new manufacturing line at Ranjangaon plant, near Pune, which it operates in a joint venture with Tata (Fiat India Automobiles Ltd). The plant currently produces the Fiat Linea and Grande Punto models, as well as the Tata Manza, Indica Vista and Indica V2.

According to FCA’s business plan for 2014-2018, as outlined at its Investor Day back in May this year, the company is launching the Jeep Wrangler on the Indian market in 2015, which will be imported. In the same year it will also start making the Jeep Grand Cherokee from CKD imports. In 2016 it will start making another SUV brand that is designated for the domestic and export markets.

The company plans to increase the number of platforms at Ranjangaon from one to three by 2018 and make six different models there compared to the current three. According to FCA, annual vehicle production capacity at the plant will be built up to 245,000 units from the current 135,000, including Tata models, and the workforce will more than double to 5,000 employees. By contrast Fiat estimates it will actually produce 25,000 units of its own brand at the plant this year.

Fiat has stated that in the first quarter this year it achieved a year-on-year production increase of almost 300% in India, making it the fastest growing brand in country.

In his speech to investors back in May the company’s CEO, Sergio Marchionne, said the company had “detailed and ambitious” plans for Jeep.

“Unprecedented investments in localised production for our group will enable us to accelerate development of the brand in Asia and Latin America, where there is clearly the greatest potential for growth,” he said.

While India may be a future export hub for Jeep, the brand is increasingly being produced as a global vehicle for Fiat Chrysler, with co-located production and platforms across continents. It’s a strategy that is likely to increase parts and material exchanges. For example, the company has already announced its plans to build Jeep models in China at its joint venture with Guangzhou Automobile Group. It has also launched a subcompact SUV, the Jeep Renegade, built at Fiat’s plant in Melfi, Italy. The Renegade will also be the first vehicle built at Fiat’s new plant in Pernambuco, Brazil.

There are also press rumours that FCA could build the Renegade or another Jeep model at its plant in Toluca, Mexico.