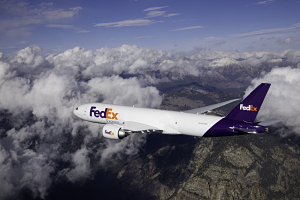 Boeing 777 freighters with 116 tons of capacity are being used for the flights, which take place five days a week from Liège.

The new service will provide a consistent two-day transit time for express shipments from Europe to destinations in the US and Canada, compared with two to four days previously, said FedEx.

FedEx completed the $5 billion acquisition of TNT in May last year.

A spokesperson for TNT Europe said the fast access to the US provided by the regular flight would benefit the European automotive supply base tremendously.

“TNT customers in the automotive industry are among the direct beneficiaries of the new flight from Liège to Memphis, as the flight connects the TNT air and European road network with the FedEx network in the US and Canada,” said the spokesperson.

The FedEx Express air fleet serves more than 266 airports in the region. In addition, the aircraft will continue on a round-the-world flight to Shanghai via Seattle and Anchorage before returning to Liège.

David Cunningham, president and CEO of FedEx Express, said: “This new flight by FedEx Express is a tangible example of the customer benefits that the acquisition of TNT will bring.

“By combining our strengths, particularly the FedEx Express air network and TNT's strong European road capabilities and Liège hub, we will connect even more people and possibilities.”