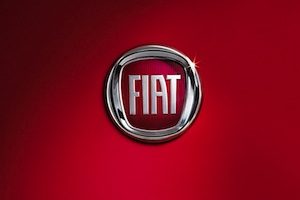 Following the news that PSA Peugeot-Citroën and Renault are returning to make vehicles in Iran in two separate joint ventures with domestic producer, Iran Khodro, Fiat Chrysler Automobiles is also reported to be in talks to set up a production facility with the company.

According to the Mehr News Agency, Ahmad Pourfallah, chairman of the Iran-Italy Joint Chamber of Commerce, confirmed that talks are making progress though no deal has yet been signed.

“On the basis of the conducted negotiations, it has been stipulated that Fiat’s new cars will be produced in Iran and deployed to the regional countries; accordingly, joint production rather than import has been put on the agenda,” Pourfallah told the news agency.

Fiat would not confirm any details of the discussion and according to Pourfallah the amount Fiat will invest in the country is still under discussion. It will however, transfer knowledge and information to Iran Khodro while it in turn provides the workforce and energy for the plant.

Compensation for Iran KhodroIn other news, PSA is reported to be paying Iran Khodro €427m ($475m) compensation for pulling out of the joint venture it previously had there when sanctions were imposed on the country. A report on Iran’s ISNA news agency, quoting Hashem Yekkeh Zare, the head of Iran Khodro, added that PSA would waive €80m of outstanding debts, provide car parts worth €25m and a free production line for the Peugeot 207 model worth €11m.

PSA said it had “absolutely no comment to make” on the figures mentioned in the ISNA report and would only say that the agreement signed with Iran Khodro was “balanced and good for both parties”.

The new venture with Iran Khodro is expected to invest up to €400m ($434.6m) over the next five years in manufacturing and R&D capacity for local production of the Peugeot 208, 2008 and 301 models, according to PSA.

Daimler agreementThe latest announcements follow last month’s news that Daimler has also signed a deal with Iran Khodro’s commercial vehicle division to set up a truck manufacturing facility in the country. The two companies have agreed on joint investment to manufacture Mercedes-Benz trucks and powertrain components and establish a joint sales company where Mercedes Benz trucks and their spare parts are sold. Also, according to the agreement, Daimler will purchase a stake in Iranian Diesel Engine Manufacturing Company (IDEM).

“Daimler commercial vehicles have always had an excellent reputation in Iran and right now there is a huge demand for commercial vehicles, especially trucks,” said Wolfgang Bernard, member of the board of management at Daimler. “Following the end of the sanctions, we are planning a quick resumption of our business activities in the market there. The letter of intent with our local partner is an important pre-requisite to resume business quickly.”