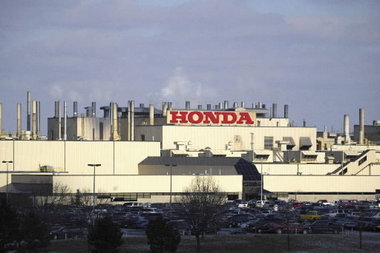 Flooding has stopped production at Honda’s plant in Celaya, Mexico. The carmaker confirmed that floodwater had gotten into the plant on June 28 (Thursday) because of an overflow of a channel connected to the Laja River.

“Honda decided to suspend all production from the evening of June 28,” said the carmaker. “There have been no reports of any injuries and we are currently evaluating the condition of the facilities and equipment. Honda will work to resume production as quickly as possible.”

Local news source El Universal reported that the overflow had caused a power outage that halted the production line. Floodwaters had also made it impossible to unload inbound material, according to the source. Images published by El Universal show flooding across the facility grounds, including the finished vehicle storage yard.

Honda exports the majority of its annual production from Celaya to the rest of North America, with a small volume going to Latin America and the Caribbean. Last year the plant made 176,645 units of the Honda Fit and HR-V. The carmaker began production at Celaya in 2014 following an $800m investment with a capacity to make 200,000 units a year. It also makes transmissions at Celaya.

In the first quarter of 2018 Honda’s exports from Mexico were around 47,800, according to figures from the Mexican Association of the Automotive Industry (AMIA), but that includes output from its older plant in El Salto, Jalisco which makes the CRV (along with a range of motorcycles including the CGL125, GL150 and Dio110).