Ford cancels Focus imports to US from China 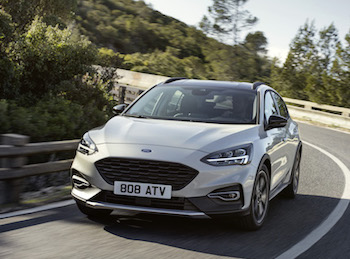 Ford has scrapped plans to export the Focus Active model from China to the US because of tariffs of 25% being imposed by the US government. Exports from China were due to begin next year following plans first announced in 2017, when the carmaker decided to supply the car from its Chongqing plant rather than make it in Mexico.

“We have made a business decision to stop development of Focus Active crossover for US customers due to the negative financial impact of new tariffs on vehicles imported from China,” a spokesperson for Ford confirmed, adding that it was a permanent decision and would not be revoked if the tariffs were removed.

“We are redeploying our resources where they can have a larger positive impact on the growth of our business,” he said.

Ford was planning to make the Focus Active in China purely for the US market and it was the only variant of the fourth-generation Focus being sold in the US. For Europe Ford is building the model at its plant in Saarlouis, Germany. Planned volume at the Chongqing plant was fewer than 50,000 units annually. The US market is leaning toward larger crossover and pick-up models, which now account for almost 70% of the market, according to figures from industry analyst PwC Autofacts. The demand for larger vehicles is expected to continue and the market for sedans to shrink.

The original plan to supply the North American market with the Focus from China was expected to save Ford $1 billion in investment costs – $500m on top of the $500m savings it made when it cancelled plans for a new manufacturing facility in San Luis Potosi, Mexico.

International automotive trade with the US will be under discussion at this month's Automotive Logistics Global conference, which takes place in Detroit, Michigan