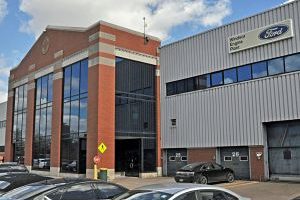 Ford Canada’s employees have voted in favour of a four-year agreement that the company has since confirmed includes a C$700m ($523m) investment at its operations in the country.

Details remain scarce, but a spokesperson told Automotive Logistics that C$600m of the planned investment was earmarked for the engine manufacturing site in Windsor (pictured) and the remaining $100m for its Oakville vehicle assembly complex.

“We’ll share further details of the investment at the appropriate time,” added the Ford spokesperson.

The labour deal between the Unifor union and Ford, first announced in principle last week, covers approximately 6,400 employees. According to Ford, it has invested C$885m in Canada over the past five years and hired more than 2,000 people.

The deal comes after similar recent agreements between Unifor and carmakers General Motors and Fiat Chrysler Automobiles (FCA), completing the round of wage negotiations between the union and the ‘Detroit Three’ carmakers. These previous deals also included substantial investments in new facilities.

Jerry Dias, Unifor’s national president, said: “With the Ford ratification, our union has secured more good, unionized jobs at all of the Detroit Three automakers.

“We solidified a footprint for the future of auto in Canada and none of this would have happened if our union was not willing to fight for principles and to do it.”

Unifor is Canada's largest private sector union, representing more than 310,000 workers, including 23,050 at the Detroit Three.