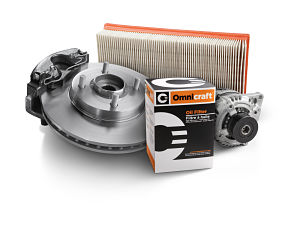 Carmaker Ford has launched its own brand of replacement parts for all makes of vehicles, including those not made by the company, as it officially enters the lucrative $500 billion a year aftermarket segment.

It already offers its Motorcraft line of replacement parts specifically for its own vehicles.

In March last year, Ford Customer Service Division president Frederiek Toney told Automotive Logistics of the company’s plans to launch a new “all makes” brand of parts targeted across all OEMs, which will be even more appealing to independent garages.

Under the Omnicraft brand, the company will initially sell 1,500 of the most commonly requested parts including oil filters, brake pads and alternators. The plan is to grow this list to 10,000 parts over time.

Initially they will be offered at the 3,200 Ford and Lincoln dealers in the US, but “it will be a global business over time”, according to the company. Orders have already begun with first delivery expected in February.

Ford said the move would give dealerships the opportunity to offer service for all vehicles.

A company spokesperson told Automotive Logistics this week: “We recognise that this is a very competitive business with big players and that this is a long-term proposition.

“We are leveraging the strength of our existing brands to offer a new line of quality, convenient and competitively priced products. In addition, we are offering competitive warranties.”

Ford intends to support dealers through its Professional Service Network, a proliferation of Quick Lane stores. Speaking last year, Toney was adamant that, though the wider catalogue of parts will be competitive, Ford-branded parts “will never be cheap”.

Rather, he said, the Professional Service Network would be based around benefits, including inventory and delivery reliability that dealers and independent repair shops receive when buying Ford parts.

“We must ensure that we call on the dealer frequently and create a strong logistics infrastructure between our sales, our dealers and our Ford authorised distributors to penetrate the market with the right level of services, mainly around the number of times we deliver throughout the day,” said Toney.