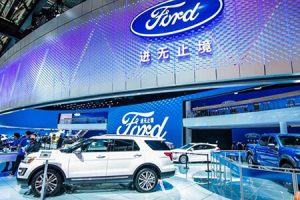 Ford has created a single finished vehicle distribution channel for its Greater China region to replace a complex joint venture and dealer network and accelerate growth.

The Ford National Distribution Services Division (NDSD) will be responsible for the marketing, sales and servicing of all cars the company sells in the world’s largest automotive market. It replaces the Changan Ford sales company.

The new set-up will allow Ford dealers in China to offer customers the full line-up of the company’s vehicles, regardless of which company or joint venture builds them and whether they are locally assembled or imported.

“Ford’s China business will become more operationally fit through reduced duplication and other efficiencies,” the US company said of the move.

As part of the changes, Ford has appointed Henry Li as vice-president for marketing and sales at Ford Greater China, effective May 7. He will be responsible for leading the company’s transition to the new NDSD. Li has served as senior executive vice-president at Beijing Mercedes-Benz, helping to make China the German OEM’s largest single market.