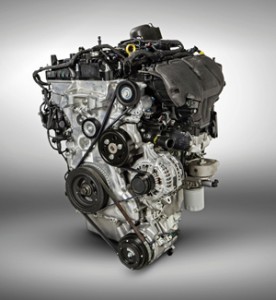 Ford has switched the production of 2-litre and 2.3-litre Eco Boost engines for the North American market to its Cleveland Engine Plant in Ohio, US. Previously the engines were made at the company’s Valencia engine plant in Spain, which will now be the exclusive production point for 2-litre Eco Boost engines for vehicles built by Ford in Europe. However, the plant will continue to machine and ship components for both engines to North America.

Ford invested almost $200m in the Cleveland plant in 2013 to support Eco Boost production and said that it made the move to help optimise production capabilities around the world.

“With more than 4m Eco Boost-powered vehicles on the road today, Cleveland Engine has been at the forefront of our plan to provide our customers with fuel-efficient, affordable engines,” said Bruce Hettle, Ford vice president of North America Manufacturing. “The hardworking team at Cleveland Engine is proud to build two of the most technologically advanced engines on the market today.”

In other news, Ford is shifting production of the 2016 model year F-650 and F-750 medium-duty trucks from Mexico to Ohio Assembly Plant, near Cleveland this year, with the trucks due to go on sale this spring.

As part of the production shift, Ford has invested $168m to retool the Cleveland-area plant for the new medium-duty trucks. The Ohio Assembly Plant also produces the Ford E-Series lineup of vans and other commercial vehicles.