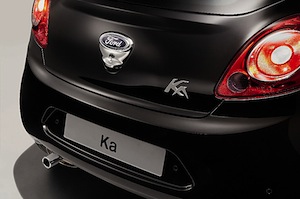 Following press speculation that Ford could be starting production of its Ka and EcoSport models at its plant in Romania, the carmaker has confirmed that it will begin assembly of a minicar model in Europe. However, it would not confirm where.

The news of a possible transfer of Ka production to the Romanian plant, in Craiova, was reported in the Ziarul Financiar business paper and picked up by Automotive News Europe.

The carmaker currently makes the Ka minicar in Tychy, Poland, under an agreement with Fiat, though production there will end in April this year.

At the same time, there is available capacity at the Craiova plant, which makes the B-Max model, as well as being an engine production facility for the B-Max, EcoBoost, and Mondeo models.

Regarding the EcoSport, there is speculation that Ford could also bring this model to Craiova for European sales. Currently, Ford imports the EcoSport SUV from India, where it is produced at the Ford plant at Maraimalai Nagar, near Chennai, a major facility that supplies more than 25% of its output for export markets.

While not confirming sourcing plans, a spokesperson for Ford did tell Automotive Logistics that a European version of the Brazilian Ford Ka/Indian Figo Aspire would be introduced in the near future and manufactured at a Ford plant. No further details were given.

“It’s too early to comment on the European name or where it will be built for Europe,” the spokesperson said.

Ford began making the Figo Aspire at its Sanand plant last year and said it was targeting overseas markets with the vehicles made at that plant.

• Last month, John Oldham took over as general manager at the Craiova plant and at the same time became chairman of Ford’s division in Romania. He replaced Jan Gijsen, who was in charge of the branch over the last five years.