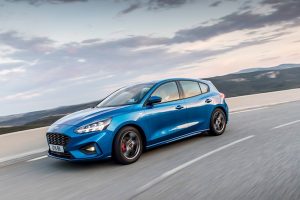 Ford plans to stop manufacturing the Focus compact car in Argentina next May as part of an effort to reduce losses from its South American operations.

The carmaker also stopped producing what was once its most popular models in its home base Michigan earlier this year because of declining US demand for smaller passenger cars.

However, the company will continue to make the Ranger compact pickup at its Pacheco assembly plant in Buenos Aires, which celebrated its 57th anniversary last month. Ford is currently working on a $55m investment plan to modernise the Pacheco plant and has plans for an “ambitious” auto parts localisation programme. It also said it was looking at “alternative investment projects” in South America.

In April the company launched an all-new Focus, with the intention of selling it in Europe and China this year, and North America in the second half of 2019.

Ford is also assembling the Focus Active at its Saarlouis plant in Germany for the European market. Plans to make the model in China and export it to the US were scrapped a few weeks ago in light of the 25% tariffs the Trump administration has imposed on finished vehicles imports from China.