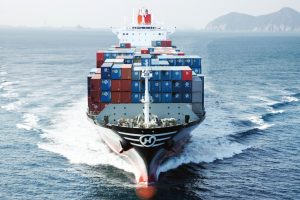 Ford is reported to have suffered significant disruption to the inbound supply of parts to its Broadmeadows facility in Australia as a consequence of the recent collapse of the world’s seventh biggest container line, Hanjin Shipping – forcing it to fly replacement parts into the site.

According to a report on the News Corp Australia network, Hanjin’s vessel Milano was en route to the port of Melbourne with a consignment of sheet metal, glass and steering components destined for the Ford plant. However, following the collapse of the Korean shipping line at the beginning of September, the vessel’s owners feared the ship would be seized by creditors at dock and so weighed anchor for two weeks just outside of Port Phillip Bay.

The decision to stay out of dock followed reports that a number of Hanjin ships had been seized in China on behalf of creditors. A report from the BBC last month said that there were estimated to be 89 Hanjin ships in difficulty.

Faced with a production stoppage because of the missing inbound parts, Ford was forced to fly in replacement parts with an unnamed expeditor. The irony is that Ford required the parts to meet its scheduled permanent shutdown at the end of this week. Ford announced it was ending 90 years of production in Australia back in 2013.

Since the bankruptcy, Hanjin has faced a number of difficulties in getting ships into dock. Some have been refused permission to load or unload containers because there have been no guarantees that tugboat pilots, stevedores or lashing providers would be paid.

Hanjin Shipping's creditors withdrew their support for the company at the end of August after deeming a funding plan by parent company Hanjin inadequate. The company has $5.5 billion worth of debts.

According to figures published by Fortune magazine, the estimated value of the cargo stuck on Hanjin ships outside ports is around $14 billion.