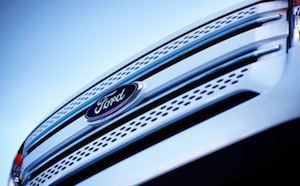 [Updated 26th January] Ford has confirmed that it is ceasing all operations in Japan and Indonesia, including sales and imports of Ford and Lincoln vehicles to the countries, in the face of weak market share.

According to a statement on Monday (25th January) from Ford Asia Pacific’s vice-president of communications, Karen Hampton, “there is no path to sustained profitability, nor will there be an acceptable return over time from our investments in Japan or Indonesia.”

The statement went on to say that all operations will cease in those markets before the end of 2016 and Ford would concentrate its resources elsewhere. It means the closure of 52 dealerships in Japan and the withdrawal from 44 franchised dealerships in Indonesia.

“This decision has just been made and has been communicated to our employees and dealers,” said the statement. “As we work through the closures, our priorities are to ensure we treat our employees and our dealer partners with respect and support them in this transition.”

The company added that it was working with customers on its commitment to “facilitate on-going servicing, spare parts and warranty support” for vehicles.

Last year the carmaker sold around 5,000 vehicles in Japan and 6,000 in Indonesia but it does not produce vehicles in either country, though it does have shares in Mazda, which it is reported to be maintaining according to Reuters news source.

While sales in those markets are small however, Ford is giving up a potentially big emerging market in Indonesia. In addition, the Trans Pacific Partnership (TPP) trade agreement, of which Japan is already a member and Indonesia has plans to join, would remove certain barriers. Though it seems this is not persuasive enough a development for the carmaker to remain in the country.

Regarding market dynamics Ford was keen to stress that Japan was “the most closed, developed auto economy in the world” and that imported brands accounted for less than 6% of the country’s annual new car market.

“The overall industry in Japan is projected to decline in coming years, leaving even less opportunity for success,” a spokesperson for the company told Automotive Logistics. “In addition, in its current form, the Trans Pacific Partnership will not materially improve our ability to compete effectively in the market.”

For Indonesia, Ford said that without local manufacturing and vehicles in key segments no OEM could compete in the market.

“We have taken significant steps to restructure our business in recent years, but our share of the total new car industry is only 0.6% and projections show no reasonable path to sustained profitability,” said the spokesperson.

The decision by Ford follows a similar one made by GM in Indonesia last year when it announced the closure of its Bekasi plant in June citing high material costs and limitations on its ability to fully utilise the local supplier base. However, GM continues to import vehicles to the country.

Read more about how Ford is adapting its organisation in Asia Pacific in the latest interview with Bob Laurila, the carmaker's director of material planning and logistics in the region.