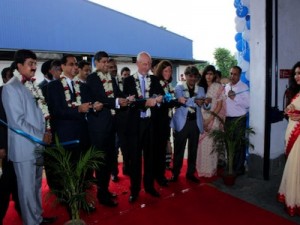 Ford’s fourth parts distribution centre in India, which is located in Kolkata, is expected to be fully operational by the fourth quarter of this year.

The company also has regional PDCs in Chennai, Mumbai and Delhi.

The 3,200 sq.m centre was officially opened at the end of July and Ford said that it will enable a faster distribution of parts and accessories to dealerships in the north-eastern parts of India. The company has 28 dealers in the region.

Ford India recorded sales of 15,282 vehicles in July in combined domestic wholesales and exports, up 24%. Domestic wholesales remained steady at 7,592 units compared to 7,867 units sold in July last year, while the company exported 7,690 vehicles over the month. The most popular model in India is the EcoSport mini SUV, sales of which hit 100,000 this month.