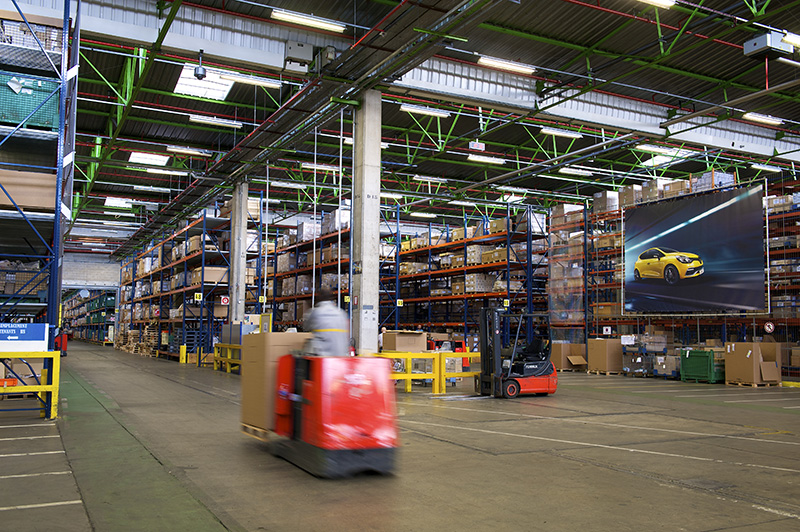 Got a proper handle on what's going on in your supply chain? FA&P systems could help...

Freight audit and pay (FA&P) systems are often used by manufacturers and logistics integrators to process, audit, verify and correct freight-related invoices, as well as execute their payment – typically via self-billing.

In some regions, particularly North America, FA&P systems have been in use for several years, the whole process often being outsourced or used as part of a transport management system (TMS). But different tax and billing regulations across different regions, whether integrated markets but with many separate rules like the EU, or highly fragmented countries across Asia, have historically made the use of FA&P systems more difficult for certain regions or for international transactions.

Still, the interest in and use of such systems and payment automation has been on the rise, and is seen by many executives at OEMs and logistics providers as an obvious step in the right direction in the path towards a more digital and visible supply chain. FA&P can offer companies a method of paying and coordinating invoices that is faster and less error prone. Crucially, it also offers a consolidated point at which to store and analyse shipment data, potentially allowing manufacturers to better understand the source and development of their logistics costs. However, that doesn’t mean that such systems are right for everyone in the supply chain yet.

Control and transparencyStill, there are important examples in the automotive industry of carmakers and major providers moving to freight audit systems. While Europe had previously used FA&P systems less than the US, recent years have seen some important converts. When Gefco took over logistics management and operations for a large share of General Motors’ transport across Europe in 2013, for example, one of the first things that it did was to roll out a new freight system. That followed several years in which GM had itself been interested in FA&P. 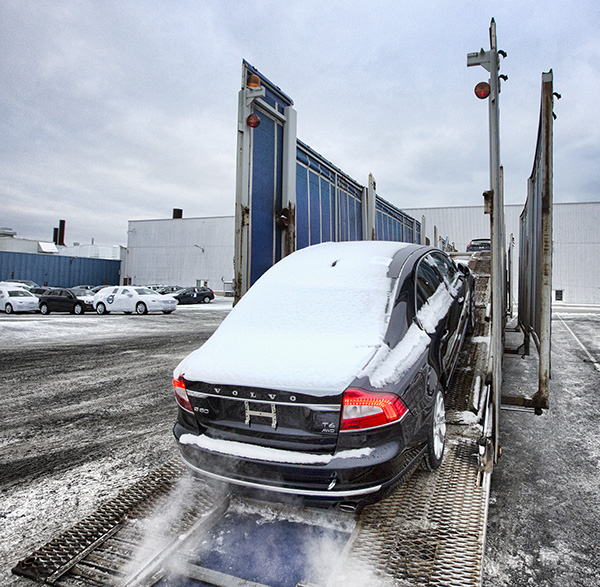 Another recent adapter among OEMs in the use of FA&P systems is Volvo Cars, which brought its inbound and outbound logistics management, including the use of a TMS incorporating an FA&P system, in-house in 2012-2013 after more than a decade in which it was managed by a third party.

According to Lars Krafft, director of global logistics network design at Volvo Cars, the fact that the company has insourced all its inbound and outbound activities relating to purchase and operations means it is now in possession of all the data needed to calculate the freight costs to be paid to its logistics service providers on the basis of the transport services they have delivered.

“Our TMS is a global system to be rolled out in all regions with the same functionalities as far as possible,” he says. “In some regions, such as China, current legislation prevents us from using self-billing, but we still use the TMS to support freight audit. We strive for the most efficient and lean TMS available, minimising non value-added work.”

For Ulf Saker, purchasing manager for inbound and outbound at Volvo Cars, the key advantages of adopting an FA&P and TMS system are increased control and visibility over freight activities, as well as the “reduction of non-value-added work and the ability to aggregate global follow-up on local activities via KPIs”.

“The successful insourcing of global inbound and outbound operations from a third party [means we are] now clearly in the driving seat of the full process, no matter which region we operate in,” he says.

Data visibilityFor more than a decade, the growing popularity of FA&P systems has prompted a number of companies to establish themselves in this burgeoning sector, including enVista, which provides FA&P services to vehicle manufacturers and tier one suppliers.

Dominic McGough, managing partner for EMEA and APAC at enVista, explains that the company's system is used to verify individual shipments and the data contained within the freight invoice, which he says has “major ramifications” for clients. In total, the company captures over 120 standard data elements as they relate to an individual shipment or movement and can capture additional data elements within customised fields.

“This enables the freight audit information to become a key version of the truth, as we accept data from disparate ERP [enterprise resource planning] and TMS systems,” he adds.

Another company that has been active in the FA&P sector for many years is Netherlands-based outfit ControlPay, which was established to support large multinationals in managing the complexities of freight billing and whose system is currently used by firms like Delphi, Mahle and Bridgestone, as well as large carriers such as Gefco, DHL Express, Flash and Ceva.

According to Pieter Kinds, director of business development at ControlPay, the key concept behind the company's FA&P offering has always been the need to build the system around the shipment and the data it creates which, unlike the invoice, is the “core element” of the whole transport process.

“This philosophy works through in everything we do and we connect all actions and documents on our audit platform to that shipment. This gives full transparency and visibility on even the lowest transactional data,” he says.

Although he believes the main advantages of FA&P systems can differ from company to company depending on their complexities, system landscape and carrier base, he argues that good visibility of data is typically “high on the list”.

“It allows users to optimise the carrier base, reduce complexities in the rates and use clear data in tender processes and negotiations,” he says. “Next to that, eliminating overbilling in invoices is always a driver, as well as ensuring on-time payment through a more efficient process. Measuring carrier compliance and performance is also an aspect that gets more and more attention.”

In recent years, says McGough, one of the key developments in the use of FA&P systems in the automotive logistics sector has been the increased ability to use EDI (electronic data interchange) to transfer and cross-reference large amounts of shipment-level information, as well as the ability to use a cleansed and refined data set to create more accurate information on the cost of doing business. For McGough, it offers “executable business intelligence to drive business change management with quantifiable, measurable results – not guesstimates”.

“The pressures to provide accurate and quality information are driving freight audit companies to automate and develop extensive capabilities to capture and verify data accuracy,” he says. “The ability of the freight payment industry to become one central reporting depository is a major development.”

Regional differencesIn terms of the uptake of FA&P systems, McGough predicts the historic pre-eminence of North American customers could soon be challenged as interest in such systems in other regions gathers pace.

In particular, he reveals that “demand for one truly global source of data” is driving growth in Europe and Asia, with Latin America also starting to catch up – although it still lags behind as a result of strict and complex tax rules. The lack of harmonised markets and differences across a region like Asia Pacific can slow down implementation.

Looking ahead, Kinds believes the ‘people’ component of FA&P systems will also become much more important over the next few years. Although he admits that freight audit is really a managed service, he maintains there is an “increasing need for deep logistics knowledge to support automotive companies with network changes, rate and contract optimisation and overall simplification of the logistics set-up”.

“As the automotive business is a very dynamic one, there is often a lack of focus and resources to strategically optimise the structure and putting out fires on a daily basis is what is done mostly,” he says. “A strong FA&P partner can distinguish himself by adding professional services and consultancy to his portfolio to help to change this.”

Meanwhile, McGough envisages a near future in which FA&P systems will be able to provide more and more visibility over the supply chain, with data being refreshed as often as every few hours, if not more frequently, and next-generation systems capable of receiving shipment-in-transit data from multiple sources and via multiple solutions using radio frequency identification (RFID) technology. He also predicts the development of an Uber-type service for freight with the ability to support procurement initiatives related to service compliance requirements.

“The bottom line is that we need to embrace technology that might not even be mainstream yet, such as imaging technology, beacon technology, omni-channel and the ability to receive and understand big data,” he says.

"The pressures to provide accurate and quality information are driving freight audit companies to automate and develop extensive capabilities to capture and verify data accuracy. The ability of the freight payment industry to become one central reporting depository is a major development" - Dominic McGough, enVista

Read part two of our look at FA&P systems.