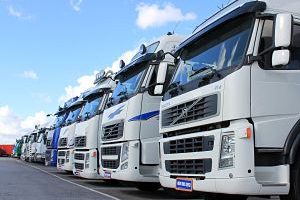 European workers in the UK’s logistics industry are “vital” for the continued competitiveness of the sector post-Brexit, David Wells, chief executive of the UK’s Freight Transport Association (FTA), has warned.

The FTA’s call to retain the EU nationals employed by the industry and allow the logistics sector to continue recruiting new staff from across the region is just the latest in a long line from industry leaders stressing the importance of a ‘soft’ Brexit that involves the retention of the benefits of the four key freedoms in the EU (free movement of goods, services, people and capital).

“For FTA members, it’s vital to keep Britain trading and ensure that their businesses remain competitive in the European market,” said Wells after a meeting with UK transport secretary, Chris Grayling.

A total of 31,500 EU nationals make up 11% of the total workforce in a sector already suffering from labour shortages in terms of truck drivers, forklift operators and warehouse staff, according to the FTA.

The transport secretary is said to have taken the concerns “on board” and assured Wells that he would press for tariff-free trade and to make the movement of goods as easy as possible.

The issue of driver shortages is not restricted to the UK. At the recent Automotive Logistic’s UK summit, Luc Nadal, chairman of logistics services provider Gefco, highlighted a similar problem on the continent.

“We have a lack of drivers in some countries, not only in finished vehicles. In Eastern European countries they are now recruiting Ukrainian and Russian drivers outside of the EU to run in the EU. Congestion will not be only on the road but also on the resources,” Nadal told delegates.

“A zero-tariff regime to and from the UK is the preferred solution that I think all the OEMs and most of the supply base would like,” said Draper, who is director of purchasing for Europe and of global team value management at Ford.

Ford has a significant presence in the UK, not only as the best selling car and light commercial vehicle brand, but also as a producer of more than 1.5m engines annually.

The cost of a hard BrexitAt the recent ruling Conservative Party conference, Prime Minister Theresa May laid out a timetable for exiting the European Union, which may take place as early as the first quarter of 2019.

She also reaffirmed that government was willing to put control of immigration and regulation over retaining full access to the European single market. She offered no details as to what laws it might change or what specific limits to immigration from the EU the government planned to impose, however.

This week The Times newspaper exposed a leaked report estimating that a 'hard' Brexit could result in the loss of up to £66 billion ($81 billion) a year in tax revenues and a 9.5% fall in GDP if the UK leaves the single market and has to trade under WTO rules.

The pound has weakened further this week to just over $1.23 – more than 20% lower than it was a year ago.