In response to the UK government’s latest statements on trading and customs post-Brexit, the Freight Transport Association (FTA) has issued a list of conditions it says are needed to secure continued trade in the UK. 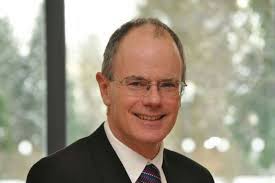 Earlier this week the government issued a white paper entitled ‘Preparing for our future UK trade policy’, which it detailed its “emerging approach” to an international trade policy following the UK’s departure from the EU. Prime Minister Theresa May said on Monday (October 9th) that while there had been progress on talks with the EU, the UK needed to be prepared for "every eventuality", and set out plans for an independent trading nation that many have interpreted as a ‘no deal’ scenario.

“Prime Minister Theresa May and her government might think they are ready to walk out of the EU talks but the UK logistics sector is urging caution to ensure that UK trade and industry can continue to operate seamlessly post-Brexit,” said the FTA in a statement.

There are five main conditions required for continued trade according to the FTA. The first is that customs systems need to be big enough to cope with the 255m additional declarations that the FTA said will need to be made each year, including fast-track arrangements for approved traders, pre-clearance of goods before a journey begins and post-payment of duties to avoid detention in ports.

Secondly the FTA said the 185,000 UK businesses that trade exclusively with the EU required learning support on how to handle customs declarations, which they have previously not had to deal with.

There also need to be similar “frictionless arrangements” when it comes to customs handling by other EU countries. “Our exports are their imports so it’s not just a question of getting the goods out of the UK, they will need to clear EU Customs as well,” said the FTA.

Vehicle checks also need to be avoided at all costs at ports handling ro-ro traffic said the FTA. It said the that an additional two minutes of clearance times at Dover would create a motorway queue 17 miles (27km) long, adding that delays in the in the days following the UK’s departure from the EU could be significantly longer than this at peak times.

That point echoed one made by professor Alan Braithwaite, founder of LCP Consulting, at last week’s Automotive Logistics UK conference at which there was much discussion about Brexit uncertainty. Braithwaite said that if all the vehicles coming through the Dover straits were held for a day for inspection the country would need 260km of extra tarmac to hold them on, a scenario he described as impossible.

The final point the FTA made this week was that exporters and importers would need time to learn what they had to do under the new trading regime and that there should be no ‘cliff edge’. They would also need time to change their procedures and instruct their staff on those procedures.

Light on detailIn its white paper the government stated that there would be a strictly time-limited implementation period to be agreed between the UK and the EU to allow business and people time to adjust, and to allow new systems to be put in place.

“Such a period should ensure that the UK’s and the EU’s access to one another’s markets continues on current terms, so that people and businesses will only have to plan for one set of changes in the relationship between the UK and the EU,” said the report.

However, according to James Hookham, the FTA’s deputy chief executive, so far businesses had no details of what was expected of them beyond the broad statements made in the government’s white paper.

“Business cannot be expected to sort it all out at the last minute,” he said. “It is not just about the Government being ready.”

That lack of visibility was picked up by Bob Mountain, Honda Europe’s head of FVL and supply chain and logistics, at last week’s conference. “Within individual [plants] we are looking at contingency plans and talking with ports and customs authorities about what practically we should be doing to second guess what the outcome is,” said Mountain. “There is stuff going on it is just not very visible yet.”

Hookham said there needed to be a clear agreement on a quota with the EU over the number of trucks that would be permitted to travel between the UK and the EU after Brexit, something that is currently unlimited. There also needed to be continued recognition of the licences and qualifications held by the drivers of those trucks said Hookham.

He also said that by far the bigger issue, given the balance of trade, was with imports. “[T]he White Paper says very little about how the UK will impose customs tariffs and border checks on freight flows from the Continent and Ireland,” he said. “Disruption to imports will be felt far quicker by businesses and consumers than will a disruption to exports.”

The question of the impact on imports for the automotive sector was also mentioned by Awais Ajmal, general manager of supply chain and business process, at Kia Motors UK at last week’s conference.

“Parts are shipped from every corridor of the world to make a fully assembled vehicle,” said Ajmal. “There has to be some logical solution to this situation because the impact, not only to the end customer but also to the manufacturers around the world, will be massive. End consumers will be paying significantly more for their vehicles.”

Hookham said this week it was urgent that the government commenced detailed discussions with the logistics and supply chain sector immediately.