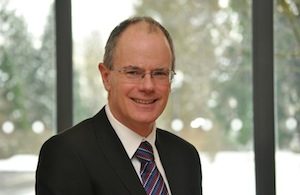 Latest analysis from the UK’s Freight Transport Association (FTA) shows that there has been a drop in the shortage of drivers of large goods vehicles (LGVs) across the UK but at the same time highlights how dependent the sector is on drivers from the European Union (EU).

The FTA said the recruitment challenge for vehicle operators was far from over, with only 530 unemployed truck drivers claiming benefit in August 2016, meaning that there was no pool of qualified drivers on which employers could draw. This is especially like to cause problems at peak times, such as in the run-up to Christmas.

While the research does not break down the figures by industry sector served, it shows how current uncertainties over Brexit could impact on the logistics sector as a whole.

“The uncertainty about their employment rights and status, once Britain leaves the EU, is a major concern for businesses,” continued Hookham. “We urge the government to ensure its Brexit negotiations afford special status to logistics and allow for this employment to continue so that the industry is not hit by another driver shortage crisis.”

His points echo similar ones made last month by the FTA chief executive, David Wells, who told transport secretary Chris Grayling that EU workers were as vital to the logistics industry as they were to the NHS and construction sector.

What is more encouraging is that the report showed the average age of drivers taking their practical LGV test in the UK in the year to the end of March was 34 (compared with an average age of 48 among the overall truck driver population).

The number of women taking the practical test has remained constant since 2008 at 6-7%, though their pass rate, at 58%, remains better than that of their male colleagues (55%), showed the report.