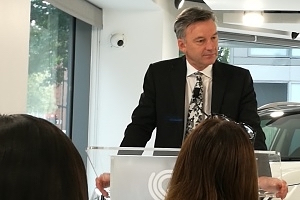 The UK’s Society of Motor Manufacturers and Traders (SMMT) has warned that a sudden exit from the European Union in 2019 could knock the country’s production rate back to 2016 levels.

Its warning was issued in the same week as separate analysis highlighting the risk of cost increases for the aftermarket parts industry as a result of Brexit, and another separate statement by consultancy Oxera about the high potential costs of tariffs and tighter border controls at the country’s ports.

Speaking at the release of half-year car manufacturing numbers last week, the SMMT’s chief executive, Mike Hawes (pictured), highlighted the potential consequences a ‘cliff-edge’ exit from the EU – to which the UK ships 54.6% of its car exports – could have for the sector.

Citing an independent forecast by AutoAnalysis, the SMMT said a hard Brexit, under which WTO tariffs and customs controls would kick in from day one, could have a severe effect on production from the first year outside the EU, potentially reducing 2019 production by almost 200,000 cars, compared with estimates under a ‘transitional agreement’ scenario.

“Supply chain disruption caused by ‘hard’ border controls as the UK leaves the customs union and price increases driven by WTO tariffs could result in a 10% hit to production, taking volumes back to 2016 levels,” said the SMMT in a statement. 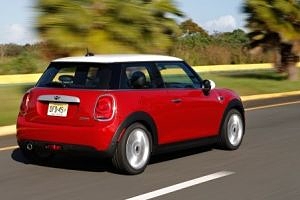 BMW has committed further investment in the UK with its decision to build the electric Mini in the country; but some other OEMs seem to be adopting a wait-and-see approach

The ‘cliff-edge’ scenario estimates 1.72m cars would be produced in 2019, compared to 1.92m under the ‘transitional agreement’ scenario, which suggests no changes until 2021 followed by 3.5% tariffs on vehicles and an electronic customs system to cater for the increased demand.

In its half-year production update, the SMMT said production in the first six months of 2017 had dropped by 2.9% compared with a year earlier, to 866,656 units, due to a cooling of the UK car market and changes in production schedules for new model introductions.

Despite the decline, which included a 13.7% drop in June alone, total first half production was still the second highest for 12 years.

Production is forecast to rally in the second half of the year, according to AutoAnalysis, based on a number of new models and updates planned for production later this year.

SMMT’s Hawes has previously called for government to seek an interim arrangement whereby it stays within the single market and customs union until a new relationship is implemented.

Last week, he used the recent in-principle free trade agreement between the EU and Japan as an example of the transition arrangements that might be negotiated.

“If you look at the implementation of that free trade agreement as it affects automotive products, there is about a seven year tapering of tariffs,” said Hawes. “That will take some of the pressure off the negotiations in terms of the timescale and importantly give confidence to investors for a longer period of time than we are currently looking at – maybe 18 months.”

Investment uncertaintyThe uncertainty surrounding the circumstances under which the UK will leave the EU seems to be influencing investment in the automotive sector already.

“Part of it is cyclical. Just about every single plant got a major investment over the last four or five years, so you don’t get investments every year,” he commented.

The overall picture, however, is that “the level of investment committed has declined”, he added.

Aftermarket threatIn a separate announcement, the SMMT has also revealed a Frost & Sullivan study suggesting that a hard Brexit would add 10% to car servicing bills.

Tariffs and trade barriers would add an average of £70 per car service, if no deal is reached between the UK and the EU – increasing the UK’s collective annual car maintenance bill by more than £2 billion, suggested the study.

Of the additional £70 per car, £21 would arise from the 2.5-4.5% WTO tariff on imported car parts that would result from a no-deal exit; with quotas, subsidies, customs delays and regulatory barriers adding the remaining £49, according to the study.

“Some 80% of replacement car parts fitted to British cars are imported, with almost three quarters of these coming from EU-based suppliers,” said the SMMT. “However, the manufacture of components in the UK is growing, making the risk of tariffs on British products sold in Europe and other key global markets another major concern.”

The report suggests that WTO tariffs on automotive parts exported from the UK could cost the domestic industry up to £3 billion in lost revenue.

In 2016, the UK automotive aftermarket sector – including parts makers, distributors, retailers and workshops – grew its turnover by 2.4% to £21.6 billion. The sector supports about 347,000 jobs, said the study.

“This report shows just how vital the UK automotive aftermarket is to our economy and society, supporting hundreds of thousands of jobs and keeping vehicles safe – and the country moving,” said Hawes.

Problems at the portsIn a further separate report this week, economic consultancy Oxera has highlighted the potentially costly impact of delays at the UK’s ports after the nation's departure from the EU.

Analysing four scenarios, the Oxera report warns that a ‘slow trade: low regulation, high enforcement’ situation, in which random checks or enforcement took place at the ports, could have at least a £1 billion impact on the economy. 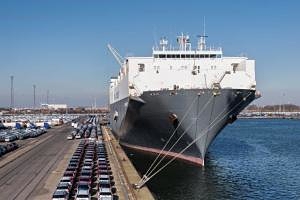 Author Andrew Meaney, a partner at Oxera, said in his report that this estimate was “extremely conservative”, adding: “It does not account for the economic costs of the uncertainty involved, the extra staff needed (for hauliers, ports and customs officials), the congestion associated with Operation Stack (put at £1bn over four days in a recent study by Conservative MPs ), the land required for the additional customs checks, or the wider economic impacts of jobs moving overseas due to uncertainty over the operation of just-in-time logistics.

“The full cost is likely to be much higher,” he continued.

Meaney’s report stresses that since the single market was established in 1993, goods moving between the UK and the EU have not been subject to customs checks on either side. Checks on goods from outside the region at ports like Dover take up to 45 minutes on average, it points out.

The report also underlines that given the integrated supply chain between the two regions, certain parts cross the channel multiple times before completion. One example of this is the crankshaft for the BMW Mini, which crosses the Channel three times in a 2,000 mile journey before the car is finished.

“Clearly, the UK elements of this chain are at risk if the cost and uncertainty created by customs checks (which can vary considerably in duration) are deemed to outweigh the benefits of doing business in the UK,” warned the report.