GAC develops services in US for automotive sector 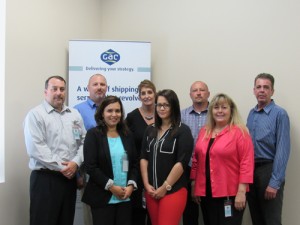 Shipping, logistics and marine services provider, GAC, is opening four new offices in the US that it said will provide customers, including those in the domestic and international automotive sector, with coverage in key logistics hubs.

GAC North America – Logistics has set up the offices in Atlanta, Detroit, Chicago and Los Angeles, all of which went operational at the beginning go this month (June 1st). They support the company’s headquarters in Houston, Texas.

"GAC in Europe and Asia has been involved in supply chain for tier one and tier two OEM suppliers for more than a decade,” a spokesperson told Automotive Logistics. “With the opening up of these key locations, especially Chicago and Detroit, GAC is well established to capitalise on known accounts and to complete their logistics circle on the key Trans-Pacific and Trans-Atlantic trades.

GAC said the new offices would help provide access to its storage facility in Houston, which is licensed to operate as a Foreign Trade Zone (FTZ). The facility, which is near Houston International Airport, comprises a 17,000 sq.m warehouse and 1.8 hectares acres of open air paved storage. The company said it provided total visibility and control of shipments through track and trace, and customised management reporting tools.

“With five years in Houston’s [oil and gas] dominated logistics segment, we are very excited to now expand our US footprint in the general freight forwarding sector with these four initial offices,” said Lars Heisselberg, group vice president – Americas. “This new expansion firmly manifests the GAC Group’s long-term commitment to the US market, and our local, regional and global clients will benefit from the new additions to GAC’s global logistics reach.”