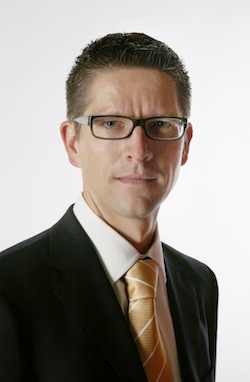 Daimler has a new man in charge of global logistics with the appointment of Heiko Gaiser (pictured), who has replaced Dr Holger Scherr as head of worldwide transport logistics, passenger cars, trucks vans and buses.

Scherr has begun a new position as head of logistics and supplier Management at the Mercedes-Benz truck plant in Wörth, Germany.

Transport across Daimler’s various divisions are integrated into shared networks served by all transport modes, according to the company.

Gaiser joined Daimler in 1995 and has established an expertise in procurement and logistics during his time with the company. Following spells in operational and strategic procurement and in cost planning, he switched to logistics planning. He recently established a cross-plant logistics supplier management system at Mercedes-Benz Cars.

Scherr began the top job in logistics in 2009, having joined Daimler in 2003 with a background that included electrical engineering and management consultancy.

Scherr began in logistics during a difficult economic climate, and has since overseen a supply chain that has expanded both with new plants – including the Mercedes-Benz plant in Hungary – as well as increased exports, notably to China. He and his team have focused on improving the quality of delivery services, including reducing backlogs and tackling subcontract issues.

Scherr has also been part of wider changes to the structure of logistics and supply chain management at the company. In Europe and North America, for example, there have been more efforts to integrate logistics between Daimler’s different business divisions. The ‘Nafta project’ in North America, for example, seeks to combine Daimler’s inbound, outbound and spare parts logistics management across passenger cars, vans and various different truck brands – four years ago these were all managed fairly separately.

During a major interview with Automotive Logistics in 2010, Scherr said that he wanted to really “change rather than evolve” Daimler’s logistics – notably from one in which individual plants carried considerable responsibility for inbound logistics, towards a more “total supply chain” view, where all costs would be considered.

The degree to which this change has taken place is not entirely clear, but Daimler appears to now to have a more integrated approach to logistics. Gaiser recent work for a cross-plant logistics management for Mercedes-Benz seems to confirm this, as does the company’s focus on shared networks.