Gattoni to take over as head of Landstar System 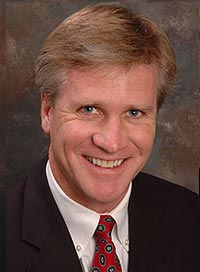 James Gattoni will take over as president and CEO at North American transport provider Landstar System from the end of December this year. He is replacing Henry Gerkens in the CEO role. Gerkens, who is also chairman of the board, will now serve as executive chairman of the board until the company's annual shareholder meeting in May next year, as part of an existing exit agreement with the company.

Gattoni currently serves as president and chief financial officer at the company, overseeing the sales, operational, financial and administrative operations of Landstar and its subsidiaries.

“Since joining the company in 1995, Jim quickly emerged as a key player on the management team," said lead independent director, Diana Murphy. "His financial expertise and commitment to excellence in customer service will serve the company and its shareholders well into the future.  Jim's promotion is a testament to Landstar's on-going succession planning process and is well deserved. The Board is delighted he will succeed Henry."

David Bannister, Landstar's longest-serving board member and chair of the Compensation Committee paid tribute to Gerkens’ contribution to the success of Landstar.

"Landstar has greatly benefited from Henry's many contributions and leadership over the years," said Bannister. "He has played an integral part in solidifying Landstar's position as an industry leader since Landstar's inception in 1988.  His passion for the Landstar business model is evident by the company's growth and success under his tenure."