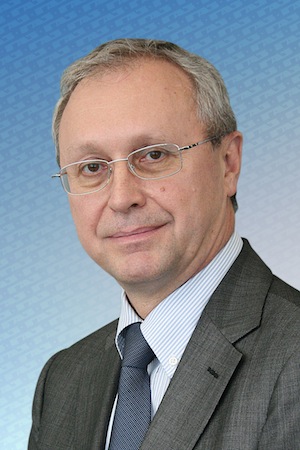 Following Bo Andersson’s departure as CEO of Russian vehicle maker Gaz at the end of last year, the company has announced that Vadim Sorokin (left) has been appointed president and CEO. Sorokin was previously head of the Gaz’s Light Commercial Vehicles division, a role he will maintain along with his new duties. Anderson left the company to take up a new role as head of rival Russian carmaker AvtoVaz.

Sorokin, who joined the company in 2008 as first deputy chairman of the management board, is now in charge of strategic and operational management of the company. Since 2010 he has been responsible for its strategic development and has managed the implementation of the LCV division’s development and production lineup technologies.

Sorokin previously worked as head of Ingersoll-Rand’s Russian division. Amongst his industry accolades he is winner of the Governmental Prize for Quality, as well as being a holder of two honorary titles: Russia’s Best Manager and Best inventor of the Nizhny Novgorod region. In addition, Sorokin is a member of the International Quality Professional Guild.

“Vadim Sorokin has enormous experience of managing an automotive business,” said Siegfreid Wolf, chairman of Russian Machines, Gaz’s parent company. “Under his leadership, the LCV Division, which includes the Gaz plant, has reached a new level of development. At the same time Vadim Sorokin has contributed a lot to the roll-out of the division’s best practices across other businesses of Gaz Group. With him as president and CEO, the new management team of Gaz Group will focus on improving business efficiency, will continue to develop the lineup and to strengthen the company’s competitiveness, as well as to implement the ongoing joint projects together with international partners”.

That new management team includes Günther Heiden who has been appointed chief operating officer (COO) and Dr Albrecht Köhler, who will join the company in the near future as director of business and corporate development. These are newly created positions and part of Gaz’s stated intent of strengthening corporate management and business development.