Geely ‘redesigning every link in the chain’ with Lynk & Co 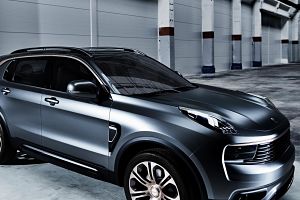 Chinese carmaker Geely’s launch of the Lynk & Co brand this week is not just the launch of a fully connected digital vehicle, nor an attempt to penetrate western markets from China; it is also an attempt to change the way cars are bought, owned, serviced and used – and one that could have serious implications for logistics and supply chains.

Its plans include online purchasing platforms, a subscription option rather than outright ownership or leasing, and minimal variation, fixed-price models.

“Our industry has been refining design and engineering successfully for decades – but not so much the distribution and ownership model. Our customers’ values and preferences have evolved dramatically,” said Alain Visser, senior vice-president at Lynk & Co.

Similar to Tesla’s ambitions, the company plans to eliminate the dealership model, instead selling the car online directly from its own website or retail stores. Cars will be delivered, and picked up for service, directly at the door of the consumer.

“With traditional distribution costs typically in the region of 25% of the price of a car, Lynk & Co’s efficient business model will deliver significant savings, reflected in highly competitive pricing,” said the company.

The brand will share common production, distribution and service with Volvo Cars, also owned by Geely. The initial 01 model (pictured), along with the other Lynk launches, will be based on Compact Modular Architecture (CMA) developed in Sweden by the joint Geely and Volvo China Euro Vehicle Technology (CEVT) centre in Gothenburg.

CMA allows for a number of body styles and sizes to be built using the same platform, resulting in improved economies of scale and a streamlined manufacturing process, as well as efficiency in the supply chain, thanks to standard or shared suppliers. Subsidiary Volvo and Geely’s upcoming models will also be based on this platform in Europe and China.

The brand has also said it will keep prices low by offering a limited number of trim versions and avoiding cars with many options and configurations. Such simplification will also streamline logistics and parts handling in plants.

The car will initially launch in 2017 in China, where it will be manufactured, followed by launches in the US and Europe, expected in 2018. Geely has set an ambitious target of reaching 500,000 units by 2022.

Many other carmakers from China have struggled to penetrate the US and European markets before, including Chery, Brilliance, BYD and, most recently, Qoros. Lynk’s advantage could come in leveraging Volvo’s existing distribution, service and logistics links, including from China. For example, last year Volvo Cars began exporting from China to the US.