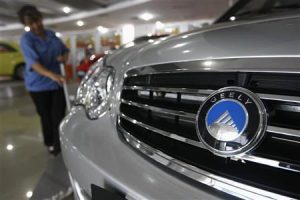 Chinese carmaker Geely has secured a $3.24 billion credit facility from the Export-Import Bank of China, which it intends to use mainly to double export sales to 40% over the next five years.

As well as investment in new plants and dealers overseas the funds will be used to build up international logistics networks according to the company.

“[T]he ongoing reshuffle of the sales and marketing system of the Group and the sales volume achieved in the traditional slack season for exports sales have contributed to the lower sales volume achieved in February 2014,” said Geely in a statement. “Also the Group is in the midst of a major product upgrading cycle and this would affect the Group’s sales in the early part of the year.”

Despite the most recent figures, last year Geely become China’s biggest vehicle exporter and has set targets to make exports account for 50% of its total sales by 2018.

Learn more about import and export activity in China, amongst a wide range of other subjects, at the forthcoming Automotive Logistics China conference, which is being held in Beijing between the 15-17 April this year.