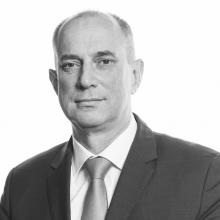 Gefco has appointed Emmanuel Delachambre (pictured) as the new executive vice-president for its division in France and has also added responsibilties to the roles carried out by Emmanuel Cheremetinski and Pierre-Jean Lorrain.

Delachambre, who replaces Marc Cahingt in the new role, has worked at Gefco France since 2013 when he moved there from Euro Cargo Rail as deputy director responsible for performance and continued improvement. In 2015, he became deputy managing director for the division. Along with being head of the division in France, he has also been appointed to the Gefco Group executive committee.

Meanwhile, Emmanuel Cheremetinski has widened his role as executive vice-president of overland to include two other business actvitities: finished vehicle logistics and warehousing and reusable packaging (WRP). Cheremetinski took up the position in charge of Overland in 2015, when he joined the company from Touax Group. He is now taking a strategic and functional lead all three areas where he will “define their orientation, monitor performance and provide the necessary support to the subsidiaries,” according to the company.

At the same time, Pierre-Jean Lorrain has added the role of head of the Euromed region to his responsibilities as executive vice-president of Central Europe, Balkans and Middle East Zone. He will now oversee the integration of the two regions, including the pooling of resources and other synergies, said Gefco in a statement. His new job title is executive vice-president, Cebame & Euromed.

Lorrain is the longest-serving Gefco employee of the three. He joined the company in 1989 as an IT project manager and went on to head a variety of positions in charge of finished vehicle logistics activity. Between 2006 and 2010, he managed the vehicle distribution business unit at the company headquarters and was then appointed managing director of the division in Italy before moving to head the Cebame region in 2013.