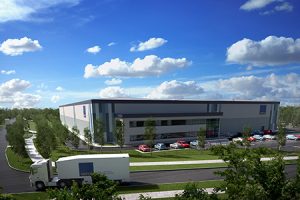 Gefco’s division in the UK is investing £10m ($12.4m) in a logistics solutions centre close to Halewood, near Liverpool, in the north-west of England.

A spokesperson for the company confirmed that the 12,000 sq.m site would serve tier one UK customers and OEMs but said that, as per the terms of its commercial arrangements, it could not disclose the specific customers involved. Gefco said the facility would open in August next year.

The company already has a facility in the area at Speke Boulevard, which it opened in 2014. The facility provides storage and sequencing operations for tier one suppliers and OEMs. A spokesperson for the company said the new site would improve operational activity and development to support manufacturers.

While it did not name Jaguar Land Rover (JLR), Halewood is home to one of the carmaker’s three facilities in the region and a number of its suppliers. The Halewood plant makes the Range Rover Evoque and Land Rover Freelander 2. It exports more than 75% of its production around the world. Gefco's Speke Boulevard facility is situated directly next to the Halewood plant.

In an interview with Finished Vehicle Logistics magazine earlier this year, Gefco UK’s commercial director, Martin Rantle, said the company was providing 24-hour inbound sequencing for JLR into Halewood and was “making a sizeable investment” in both its existing warehouse near the plant and in another facility to “significantly increase capacity” for the JLR business.

“We are touching base with JLR at various parts of the supply chain from manufacturing right through to vehicle delivery,” said Rantle at the time. “We are focused on building the relationship with JLR [and] a number of other companies.”

Gefco is also handling outbound deliveries for JLR to the port of Southampton for export and to the south-east of the UK for domestic sales.

“This is a significant and exciting investment from Gefco UK,” said its managing director, Zsolt Vecsera. “We are delighted to be embarking on this journey to continue being a market leader in automotive sequencing and go from strength to strength.”