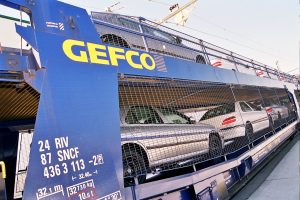 Gefco has confirmed its parent company, Russian Railways (RZD), is considering selling a partial stake in the company but plans to remain the majority shareholder.

RZD completed an €800m ($900m) acquisition of a 75% stake in the logistics provider from PSA Group in December 2012. PSA remains its biggest customer and still owns a 25% interest.

Gefco pointed to investment funds hailing from Russia, Asia, the Middle East or France as parties that would be 'naturally' interested in buying the stake, which may be up to 25% of the firm’s total equity.

“The 2016 results certify the good performance of the group and confirm Gefco is a quality asset in RZD’s business portfolio today,” said Gefco in an emailed statement to Automotive Logistics. “As such, it is evident that Gefco shareholders have a perfect opportunity to ‘crystallise value’.”

In late May, Gefco announced strong growth in profitability for the 2016 financial year on the back of a proactive policy to optimise purchases and reduce fixed costs. Earnings before interest, tax, depreciation and amortisation grew 32.1% to €172.8m ($193.3m). Revenues were up 1.3% to €4.23 billion.

In the most recently completed financial year before RZD acquired its stake in the business, Gefco’s revenues totalled €3.7 billion.

Gefco recently announced a new multimodal service with Transcontainer that will rail containers between Europe and China via the Latvian port of Riga. Transcontainer is also owned by RZD Russian Railways.