Transport and logistics provider Gefco is now distributing imported vehicles for the Skoda and Volkswagen brands following a contract it signed with the German carmaker this year. 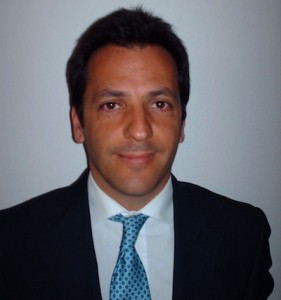 The company’s Asia division is receiving vehicles from the ports of Shanghai and Tianjin, located in the east of the country, and transporting them under contract with local providers by road to 150 dealerships throughout China, including those in hard-to-access regions such as Tibet and the Xinjiang region, in the north-west of the country.

The company is receiving orders on a daily basis and moving an average of 5,000 vehicles per month. However, a company spokesperson told Automotive Logistics News that during the peak seasons of the year the shipment of those volumes was expected to surge, an eventuality that is was ready to meet. Peak seasons in China are around the Chinese Lunar New Year, mid-year and at the end of the year.

To guarantee the European standard in its subcontracting of the transport to local providers Gefco said it was carrying out stringent vendor management system controls, including quality management and regular review meetings. It is also setting up key performance indicators (KPI) and reporting systems, as well as maintaining a programme of continuous training.

“In addition, Gefco’s IT system, which connects all parties, including clients, subcontractors and the Gefco team, will also help gain more visibility of the whole process, thus to ensure quality, safety and on-time delivery of the operation,” said the spokesperson. “Meanwhile, in response to the need resulting from business expansion, Gefco is planning to invest in its own fleet in the near future.”

The company is planning growth in the country of 50% this year and Gefco China’s managing director, Andrea Ambrogio (pictured), believes the company can sustain annual growth rates as high as between 20-25% for much of the remaining decade (read more here).

In addition to deliveries to Shanghai and Tianjin by ocean, Gefco has recently provided a new door-to-door multimodal transport service for Volkswagen China by shipping 40 of its imported vehicles from Germany via the Europe-Xingjiang-Chongqing rail route. This marks the first ever block train to transport finished vehicles from Europe to China, exploring a faster and more convenient alternative for clients in the automotive industry. Gefco is 75% owned by Russian Railways, which has established the service with DB Schenker in the form of the Trans Eurasia Logistics joint venture (read more here).

"Logistics for finished vehicles is one of the Gefco Group's traditional areas of expertise,” said Laurent Sik, FVL manager (Finished Vehicle Logistics) for Gefco Asia. This new partnership with Volkswagen China is a perfect demonstration of the extent of our knowledge and our ability to meet the requirements of the sector, in terms of lead times, security, flexibility and reliability."