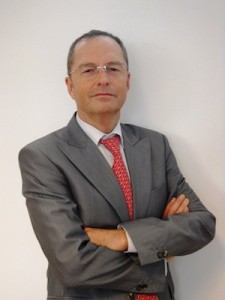 Pierre-Jean Lorrain has moved from his role as managing director of Gefco Italy to take up a newly created role at the transport and logistics provider as director of Central Europe, Balkans and the Middle East.

The move comes as Gefco responds to economic and manufacturing developments in the region, not least in automotive, as well as seeking to exploit its strategic location between priority markets in Western Europe, the Baltic States and Russia.

“This dynamic group of countries which is going through a process of economic change is set to develop considerably,” said Lorrain. “Gefco is adapting its organisation to meet the opportunities that will be provided by these sources of growth. It gives me great pride to be part of the ambitious plans that the group has for this strategic region, especially the encouragement of closer collaboration between sales and operations.”

Over the last three years the company has been building its presence in the region with subsidiaries opened in Bulgaria, the United Arab Emirates and Croatia. These build on its existing businesses in Austria, the Czech Republic, Germany, Hungary, Poland, Romania, Slovakia, Slovenia and Turkey.

Lorrain said that the goal in the region was to be as attentive as possible to local demand and consolidate its position in the automotive logistics market, as well as looking for growth in other sectors including aviation, energy, consumer goods and industrial.

“The fact that the different subsidiaries are constantly working together in what is a very tight inter-country network will make logistics flows a lot easier throughout Europe and will enable Gefco to maximise the region’s vast logistics potential,” said the company in a statement.