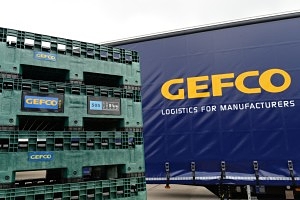 French logistics provider Gefco has announced strong growth in operating profits for the year to the end of 2016 after a proactive policy to optimise purchases and reduce fixed costs.

The strong results have been driven in large part thanks to strong performance among automotive clients, including its former majority owner, Groupe PSA. Gefco has said that it will continue to target growth in automotive, in particular for finished vehicle logistics.

Profit margins have also been improved thanks to a programme aimed at focusing more on more sophisticated, higher-margin services, while walking away from less profitable business.

In a recent interview with Automotive Logistics, Gefco’s management board chairman, Luc Nadal said that after a disappointing 2015, the company was more focused on the business in which it excels – namely, sophisticated supply chain engineering that requires longer-term contracts and relationships and provides more opportunity to add value.

“That focus led in 2016 to ‘portfolio cleaning’,” he said. “We decided that customers looking for long-lasting supply chain cooperation, and who would like to work together to eliminate supply chain burdens, would be our priority.

“On the other hand, customers looking for the lowest daily price should not take too much of our attention,” he added. “That has driven changes in our attitudes towards customers, inside our group, and to our ways of working.”

This year, the company said, it was working towards another period of growth and improved performance.

Said Nadal: “In 2017, our aim is to grow our finished vehicle logistics business while continuing to develop the overland, warehousing and reusable packaging, freight forwarding and fourth party logistics expertise by testing new technologies and concluding new partnerships.”

New partnerships could be in the picture if comments attributed this week to the boss of Gefco's owner are anything to go by. Reuters has quoted an interview in Russian business newspaper Kommersant with Russian Railways' president Oleg Belozerov in which he is reported as saying that the company is considering reducing its majority ownership stake in Gefco from 75% to 50% plus one share.

According to the report Belozerov said that Russian Railways (RZD) was in discussion with a number of partners, which included Russia's state fund for direct investment.

Gefco has not commented on the report.

PSA still topsDiversification has been an important objective for the logistics provider as well. New agreements signed in 2016 include contracts with Renault Nissan, Audi, Toyota, BMW and Talgo.

Contracts were also secured with companies outside the automotive sector, in areas such as tech and home equipment, and life science and healthcare.

Since PSA Group sold a 75% stake in Gefco to RZD Russian Railways in 2012, the company has diversified its revenue to be less dependent on PSA. Thanks to several acquisitions and new business, PSA represented 39% of Gefco’s revenues – still a major share, but no longer the great majority.

PSA's pending takeover of Opel/Vauxhall, which is also a major customer for Gefco, will increase exposure across PSA operations back above 50%.

However, Gefco's contract with PSA, which will see it continue as the main provider and integrator of logistics for the carmaker, puts the company in a strong position. Francesca Gamboni, vice-president of supply chain at PSA, recently told Automotive Logistics that the carmaker had put quality near the top of its decision to maintain Gefco as its exclusive partner.

"The fact that Gefco is a top performer in service, flexibility and innovation has been a key factor in our decision process," she said.

Gamboni also pointed to efficiency and innovation programmes that PSA and Gefco were embarking on together. At the beginning of this year, for example, the companies launched a 'logistics innovation lab' focused on improving cost and performance in the supply chain.

Such measures appear to be paying off. On May 22nd, PSA gave Gefco a top supplier awards, recognising it specifically for productivity improvements and for the innovation lab.