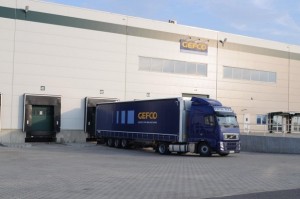 Automotive tier supplier Georg Fischer has signed an initial two-year contract with logistics provider Gefco for the transport of parts from its Herzogenburg site in Austria. Georg Fischer supplies metal components to customers including Daimler, MAN, Volkswagen and ZF Friedrichshafen.

Gefco will be moving the parts into facilities in Germany for all four customers including to Daimler’s facility in Mannheim, MAN’s facility in Nürnberg, and ZF’s facility in Saarbrücken, as well as several sites for VW.

While the exact value of the contract was not confirmed, a spokesperson for Gefco said it was worth “some millions of euros” and that the contract had the option of being extended.

Gefco Austria said that the deal involved at least 300 shipments a month presently but that volumes would increase because of positive business development in the region.

The logistics provider is dedicating 25 vehicles for the service but also supplying additional transport for special moves.

The company is also commencing warehouse services for Georg Fischer based on the strength of the new contract.

"The fact that we have our own fleet of trucks means that we can provide Georg Fischer with a flexible service whilst at the same time keeping to delivery deadlines,” said Michael Brandl, overland manager for Gefco Austria.