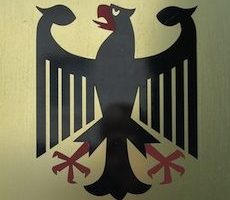 Dawn raids have been carried out at the offices of a number of leading carmakers and tier suppliers in Germany as part of an investigation into suspected breaches of the country’s competition law.

Firms including BMW, Daimler, Volkswagen, Bosch and ZF Friedsrichshafen were raided on June 23rd by officials from Germany’s Federal Cartel Office (Bundeskartellamt) as well as police and members of the local state’s criminal office, it emerged this week. The raids were part of an investigation into the purchase of steel in the automotive industry, a Bundeskartellamt spokeswoman told Automotive Logistics.

Each of the searches was conducted on the strength of a court-issued warrant based on suspicion of a violation of competition law, she confirmed, but the move “does not mean that the companies and persons involved have actually committed a competition law offence,” she stressed. “The presumption of innocence applies until the proceedings are concluded,” she added.

The Bundeskartellamt did not name the firms raided but some of those affected have already confirmed their involvement.

In a statement, Volkswagen (VW) said: “We confirm that representatives of the Federal Cartel Office searched offices in Wolfsburg as part of an ongoing investigation. Volkswagen is supporting the authorities with their investigation.”

Daimler also confirmed it was involved and was co-operating with the authorities. Both VW and Daimler declined to comment further.

A spokesman for Robert Bosch told Automotive Logistics that Bundeskartellamt officials had searched company premises in Zuffenhausen and Gerlingen-Schillerhoehe, meanwhile. “Bosch is cooperating with the authorities and supported the investigations on site. Bosch will help the anti-trust authority clear up the facts of the matter and the accusations. Compliance with the law is one of our most important principles,” he said.

ZF, too, confirmed that the authorities paid it a visit at two of its locations. In a statement, it said it was fully cooperating with the investigation and added: “Compliance with law and legislation is ZF’s utmost maxim… All ZF employees are obliged to observe the requirements and provisions of anti-trust law and competition law.”

Commenting on the raids, market analyst IHS Global Insight said: “While the reasons for this investigation are not yet clear, the early indication is that it is not a conventional ‘price-fixing’ investigation, particularly as the companies that have been searched were the ones being supplied with the materials.”

German business newspaper Handelsblatt reported that the investigation stemmed from suspicions aroused in an earlier probe into alleged anti-competitive behaviour by three manufacturers of auto steel. Those investigations were concluded at the end of 2014 with no action taken against the steel producers, effectively clearing them of any wrongdoing.

The average vehicle contains around 900kg of steel, making the automotive industry one of the largest consumers of the material.