Volkswagen, Daimler and BMW executives have this week outlined a series of planned investments in the US to administration officials, after meeting with President Donald Trump. Their meetings took place amid uncertainty over trade conditions, after the president’s tweet that China had agreed to end 40% duties on imports of US-made cars. 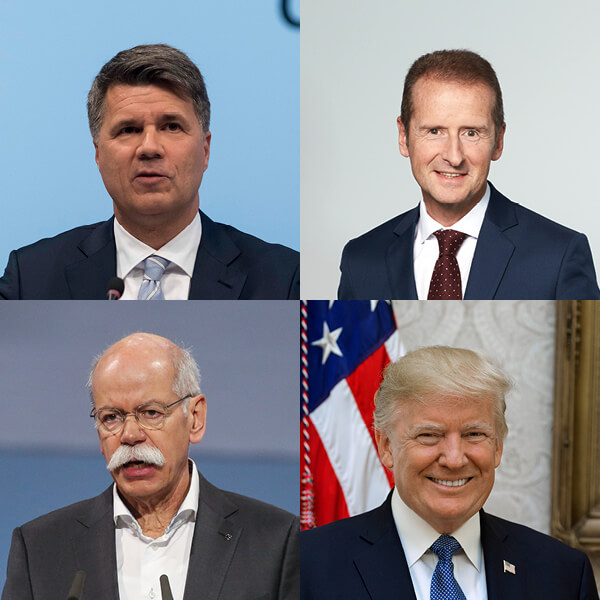 VW’s CEO Herbert Diess said it would announce investments in the US in January or February, including possible construction of a plant to make electric vehicles. The company could also use Ford’s idled factory capacity to build commercial light trucks, and possibly share the cost of new technologies, according to media reports after the meetings.

Daimler president Dieter Zetsche described the US as the group’s most important market, saying: “We want to expand our business in the US.”

BMW, meanwhile, said it could start building engines in the US instead of importing them from Germany.

The German trio builds hundreds of thousands of cars in Alabama, South Carolina and Tennessee. BMW’s factory in Spartanburg, South Carolina, is its largest assembly plant in the world.

US commerce secretary Wilbur Ross has asked the OEMs to increase production in America.

Speaking after the presidential meeting, which was mainly intended to head off Trump’s threat of 25% tariffs on imports of cars and auto parts, VW’s chief spokesman, Peik von Bestenbostel, said: “All signs are guiding to the right direction at the moment.” But, he added: “Nobody knows what the decision of the president may be.”

Adding to the sense of confusion is a lack of official confirmation from Beijing after Trump tweeted: “China has agreed to reduce and remove tariffs on cars coming into China from the US. Currently the tariff is 40%.” The tweet on December 2 followed a meeting with President Xi Jinping during the G20 summit in Argentina.

White House officials subsequently acknowledged that China had not fully committed to eliminating the tariffs, however. “It hasn’t been signed and sealed and delivered yet,” said Trump’s economic adviser, Larry Kudlow, who added he had no assurances that China would change its trade behaviour.

In a later series of tweets, Trump said: “President Xi and I want this deal to happen, and it probably will. But if not remember … I am a Tariff Man.”

[mpu_ad]Should China remove the 40% levy, the main beneficiaries would include BMW and Mercedes-Benz, which make six of the top ten models currently manufactured in the US and sold in China. The others are made by Ford, Tesla and FCA’s Jeep brand.

Economic impactShould automotive tariffs continue, it will be bad for the local economy in South Carolina, University of South Carolina economists Doug Woodward and Joseph Von Nessen have warned.

BMW and Volvo have both said their plants in the state may have to cut jobs or slow growth if tariffs are retained. The two economists estimate the Chinese levies, if maintained, could cost the state 6,000 direct and indirect jobs in the automotive industry. 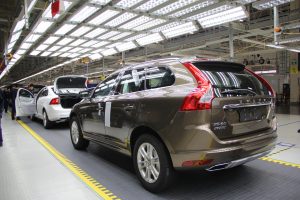 In a separate move, Volvo has decided to reorganise its manufacturing arrangements in light of current trade uncertainties, moving production of XC60 cars for the US market from China to Sweden. To free up capacity in Sweden, some V60 car production has been moved to its plant in Ghent, Belgium.

“We have also decided to produce the new S60 model locally in China for the Chinese market. Our new Charleston plant [South Carolina, US], which is ramping up right now, will however produce the S60 for most other markets,” a Volvo spokesman said.

One casualty of these changes will be the company’s plans to produce sister Lynk brand vehicles at Ghent from late 2019. Because of an uncertain market situation in China, the scheduled start date has been postponed, the spokesman said.

Manufacturing of Lynk will continue in China, the market launch in Europe is unaffected, and the option to produce in Europe in the future remains, he added.

Volvo and Lynk are both owned by the Zhejiang Geely Holding group of China.