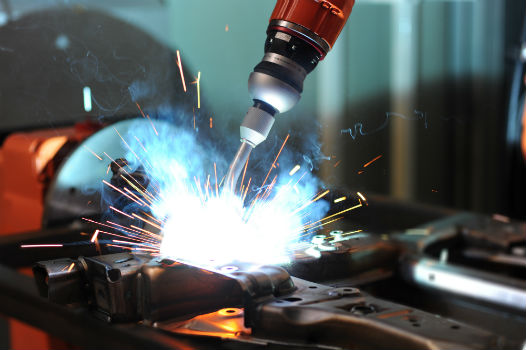 Spanish automotive parts manufacturer Gestamp has signed a joint venture agreement with Moroccan components manufacturer Tuyauto to set up a factory in the north African country.

The companies plan to build the plant in the Kenitra free trade zone, next to the car assembly factory PSA is building there. Other key PSA suppliers will also be setting up in the coastal town, said Gestamp.

Subject to the transaction being approved by anti-trust authorities, the Tuyauto-Gestamp JV is expected to start operations in 2019. It will initially will be dedicated to assembly of body-in-white parts and small stampings and will employ 120 staff.

By constructing a new factory in Morocco, a company spokesman told Automotive Logistics, Gestamp will also be following the Renault-Nissan group into the country. Renault-Nissan began assembling Dacia models in Tangier six years ago and the millionth vehicle rolled off the production line last July.

Gestamp is currently supplying that car plant from its factories in the Iberian Peninsula, but is negotiating with Renault-Nissan about “the best way for future models to be manufactured in Tangier,” the spokesman said.

The parts manufacturer is receiving financial incentives from the Moroccan government, such as the Hassan Fund which supports automotive and other key industrial sectors, to set up in the country.

The Kenitra plant marks Gestamp’s first operational entry into Africa. Morocco will be the group’s 23rd country after it acquired a stake early last year in a company in Romania supplying small and medium-sized stamped components to Renault-Nissan, and follows completion this year of a plant for hot stamped parts in Japan.

Company chairman Francisco Riberas said: “Morocco, in particular, and Africa as a whole, are emerging markets with great growth potential in vehicle manufacturing.”

He added: “Gestamp continues to make progress in its strategy of being close to its clients.”

Separately, the group this month appointed Miguel Escrig as finance director. He has spent most of his professional career at Spanish phone group Telefónica, where he was financial director for six years. At Gestamp he replaces Francisco López Peña, who became the group’s CEO last December.