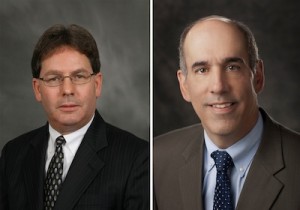 GM has announced that Tim Turvey is replacing Hill in the role, effective immediately. Turvey is currently executive director of Customer Care and Aftersales Sales and Marketing.

“Both Steve and Tim have proven track records of delivering strong business results and keeping our customers at the centre of everything they do,” said Alan Batey, GM executive vice president and president, North America. “Their broad experience in a variety of areas that touch our customers will help us achieve the highest levels of customer satisfaction.”

Hill has been with GM since 1983 and took up his most recent position in 2010, following four years with the company as executive director of retail and customer relationship management marketing.

Turvey also joined the carmaker in 1983 with Buick and, following assignments in China, Canada and in Latin America, Africa and Middle East regions, assumed his last position in 2011.