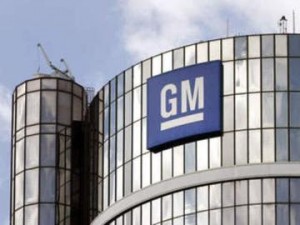 Parts supplier Delphi has begun supplying GM dealers with replacement ignition parts this week, following the carmaker’s recall on vehicles with faulty systems that have been linked to a number of fatalities. So far the recall affects 2.6m vehicles worldwide sold between 2008 and 2011, and includes the Chevrolet Cobalt, HHR, Pontiac G5, Solstice and Saturn Ion and Sky.

A spokesperson for GM confirmed that while the majority of cases affected US vehicles, the recall affected wider North America and international operations.

“The population of vehicles included in the ignition switch recall in the US is approximately 2.2m,” he told Automotive Logistics. “Including Mexico, Canada and a very small number in our international operations, it is approximately 2.6m.”

According to GM about 95,000 faulty switches were sold to dealers and aftermarket wholesalers in the US. Of those, about 90,000 were used to repair older vehicles that were repaired before they were recalled in February. The company said that because it is not feasible to track down all the parts, it is recalling a much wider number of vehicles to ensure that every car has a current ignition switch.

“We are taking no chances with safety,” said GM CEO Mary Barra. “Trying to locate several thousand switches in a population of 2.2m [US] vehicles and distributed to thousands of retailers isn’t practical. Out of an abundance of caution, we are recalling the rest of the model years.”

GM said it is now working with Delphi to increase parts production and accelerate availability. It has commissioned two production lines from the supplier to make the new parts and has asked for a third to be engaged. However, neither company would provide details on where those production lines were, what the main challenges were in meeting such a high production number or how they were working with logistics providers to make the delivery of parts to dealerships and service centres as timely and efficient as possible.

A spokesperson for GM would only comment: “We are doing all that we can to make things right for our customers. Our focus is on their safety and peace of mind, and getting their vehicles fixed as quickly as possible.”

It is expected to take six months for the companies to produce the full quota of replacement parts required to fix all of the affected vehicles.