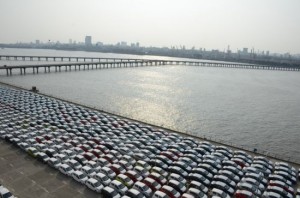 General Motors has announced that it is shipping the first 3,000 left-hand-drive Chevrolet Beats to Mexico.

The vehicles have now left the Mumbai Port Trust of Maharashtra, and should arrive in Mexico within eight weeks. Sales of the vehicles will commence in December in Mexico.

Arvind Saxena, GM India president and managing director said, “In keeping with our commitment to the Make in India programme, we are proud to celebrate the first shipment of Chevrolet Beats to Mexico, GM India’s second major export market. This is part of GM’s strategy to make India an export hub for global markets. We will continue to export Beats to Mexico on a monthly basis.”

The Beat is badged as the Spark in markets outside India. It’s available in more than 70 markets and has currently sold more than 1m units.

The vehicle is currently produced at GM India’s manufacturing facility in Talegaon, Maharashtra, which has a base capacity of 130,000 vehicles.

This year the OEM plans to export 20,000 vehicles compared with 1,000 last year. In 2016, GM India wants to increase this figure to around 50,000 vehicles, and is actively looking for additional export markets to help increase capacity utilisation at the Talegaon plant. Saxena said this reinforces “commitment to the India market and our strong local supplier base.”

Chief executive officer of GM, Mary Barra has recently announced a $1 billion investment in Indian production, which includes the consolidation of production at the Talegaon plant, and the closure of its second plant in Halol, Gujarat. The Talegaon plant will increase its capacity to 220,000 vehicles a year by 2025, and will become a global export hub for GM, with around 30% of its annual production planned for markets outside of India.