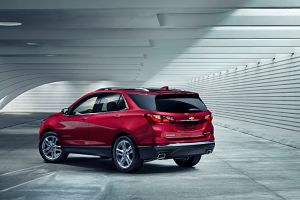 General Motors has issued a notice at its CAMI plant in Canada that could result in the laying off of about 600 employees, according to labour union Unifor.

The union said it was informed of the decision by company management earlier this week.

The CAMI assembly plant in Ontario has historically produced the Chevrolet Equinox and GMC Terrain.

“Production of the current Equinox will stop after the 2017 model year; our production will be limited to the next generation Equinox. The company claims this is to prevent competition between the Equinox generations,” said a Unifor statement to its members at the plant.

In a separate statement, the union blamed the North American Free Trade Agreement (Nafta) for the job losses.

“This decision reeks of corporate greed. It is not based on sales, it is an another example of how good jobs are being shifted out of Canada for cheaper labour in Mexico and Unifor will not let it happen without a fight,” said Unifor national president, Jerry Dias.

“The Equinox and Terrain are incredibly successful vehicles and given current market demand, there is no justification for lay-offs at the CAMI facility,” added Dias.

Nafta has been grabbing the headlines of late: new president Donald Trump has vowed to renegotiate the agreement with the US’s neighbours as he says it is currently tilted in their favour.

A spokesperson for GM confirmed notifications were provided to Unifor in relation to the labour impacts around production changeovers at the plant. She denied work was shifting to Mexico, however, suggesting it was just a case of dual production of old and new models ending.

“The notices today have no relation to the Terrain or Mexico,” she said. “This is strictly related to the end of the older generation Equinox production at CAMI in July. We are losing the benefit of temporary overlap in production of the old and new Equinox in July.”

The CAMI plant was not included in the Detroit Three negotiations last year, in which $1.5 billion in investment was pledged for production and jobs by the US’s largest carmakers.