GM pulls Chevy out of Europe 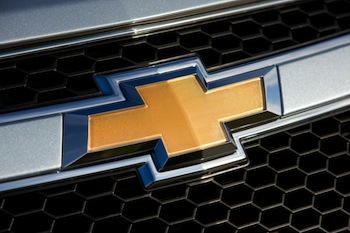 General Motors has announced its intention to stop distribution of the Chevrolet brand in Western Europe other than for ‘iconic’ models, such as the Corvette. From 2016, the carmaker plans to focus on promotion and assembly of mid-range Opel and Vauxhall brands in the region. It is also planning to expand Cadillac there and will enhance its distribution network in Europe for that brand over the next three years.

“Europe is a key region for GM that will benefit from a stronger Opel and Vauxhall and further emphasis on Cadillac,” said GM’s outgoing chairman and CEO Dan Akerson. “For Chevrolet, it will allow us to focus our investments where the opportunity for growth is greatest.”

Shipments of the Chevrolet models to Europe will draw to a close by the end of 2015, which will mean a cut in volumes being shipped from South Korea, where the majority of the European models are made by GM Daewoo, as well as a drop in smaller volumes from the US.

GM supplies Europe from three manufacturing centres in South Korea: there are two plants in Bupyeong making the Aveo, Captiva, Malibu and Trax; one in Gunsan making the Cruze and Orlando; and one in Changwon, making the Spark.

Chevrolet’s annual European sales have been on the decline since its relaunch in 2005, with a yearly sales record of around 200,000 units. To cope with the recent financial fallout across the continent, Chevrolet had responded by dramatically raising prices, which put it at odds with GM’s other popular European brands.

Despite the withdrawal of activity, the company said it would work with its dealer network on various strategies to meet customer demand.

Thomas Sedran, Chevrolet Europe’s president and managing director, said: “Our customers can rest assured that we will continue to provide warranty, parts and services for their Chevrolet vehicles, and for vehicles purchased between now and the end of 2015. We want to thank our customers and dealers for their loyalty to the Chevrolet brand here in Europe.”

However, Chevrolet will maintain what GM called “a broad presence” in Russia and the neighbouring Commonwealth of Independent States, a decision reflecting the country’s gradually improving market. A spokesperson for Opel told Automotive Logistics that both Chevrolet and Opel would be “using their growth opportunities in this important market.”

That market will be supplied by the GM plant in St. Petersburg and third-party assembly at Russian vehicle maker Gaz's facility in Nizhny Novgorod.

The company did not reveal any details about its distribution strategy for the Cadillac brand. It currently exports models from the US to Europe, including the ATS and CTS from the Lansing Grand River plant in Michigan.

GM said it expected to incur net special charges of between $700m to $1 billion primarily in the fourth quarter of 2013 and continuing through the first half of 2014 as a result of the latest Chevrolet strategy.