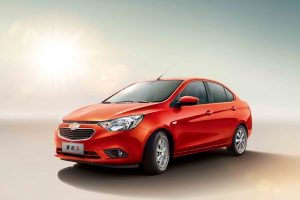 GM has started exporting the Chevrolet Sail from its joint venture plant with SAIC in China to Mexico and the Caribbean.

The carmaker has confirmed to Automotive Logistics that as of late October, the models being sold in those markets are being built in Yantai, the port city in Shandong, where the SAIC-GM Dong Yue plant that makes the Sail is located.

GM would not confirm the volumes being shipped, though Automotive News has reported that the first shipment comprised 2,900 units.

GM has been exporting the Chevrolet Sail from China to markets in southeast Asia and South America for a number of years but this is the first time the China-made Chevrolet Sail has been sold in Mexico and the Caribbean.

The move follows GM’s moves last year to start exporting the Buick Envision and the Cadillac CT6 plug-in hybrid from China to the US.