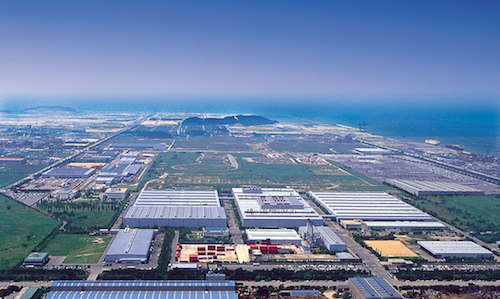 GM’s division in South Korea has said it will close its under-utilised Gunsan plant at the end of May, following three years in which it has been running at just 20% of its capacity.

It is one of four facilities GM has in South Korea and has been making two variants of the Chevrolet Cruze, the J300 and All New Cruze (D2LC), as well as the Orlando MPV.

By far the biggest export market for the Cruze was Australia (5,785 units in 2017). Just over 500 Orlandos were exported, the majority to Uzbekistan (408) and the remainder to Indonesia.

The company currently has no plans to shift that production volume elsewhere. A spokesman for GM told Automotive Logistics it had a good level of inventory to meet customer demand for the time being.

“GM Korea will continue to sell the Cruze and Orlando in the domestic market and export markets until the current stock runs out,” he said.

The company admitted that GM Korea had sustained significant losses over the past few years and said it was addressing underperforming operations globally (as evidenced by the sale of Opel/Vauxhall in the middle of last year).

“The performance of our operations in South Korea needs to be urgently addressed by GM Korea and its key stakeholders,” said Barry Engle, GM executive vice-president and president of GM International. “As we are at a critical juncture of needing to make product allocation decisions, the ongoing discussions must demonstrate significant progress by the end of February, when GM will make important decisions on next steps.”

Asked about the impact of the closure on the outbound supply chain, GM’s spokesperson said the company had been working closely with local suppliers to overcome the business challenges it faced in Korea.

“If the Korean supply base remains competitive in terms of cost, quality and reliability, there will continue to be opportunities for them,” he said.

The Gunsan plant is well connected from a logistics perspective. According to the company, its core parts production complex is located within a 2km radius of the port of Gunsan, where a dedicated pier can host some of the larger PCTC (pure car and truck carrier) vessels.

It is not clear at this stage whether GM will be selling the operation to another carmaker. No decision has yet been made, said the spokesperson.

The company said it expected the closure of Gunsan to cost it $850m, including approximately $475m of non-cash asset impairments and up to $375m of primarily employee-related cash expenses.