GM to import Buick Envision to US from China 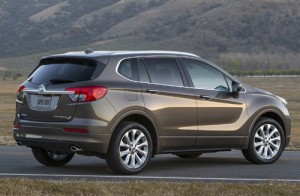 General Motors has confirmed it will import volumes of its Buick Envision SUV to the US from its joint venture plant in China from next year.

The model, which is made at the Shanghai-GM plant in Yantai, Shandong – one of the plants GM runs with Chinese carmaker SAIC. Hoegh Autoliners had earlier said that pending GM's decision to export to the US, it would carry vehicles to the east coast.

The move by GM has angered workers affiliated with UAW union who maintain the vehicle should be made in the US. However, a spokesperson for GM China told Automotive Logistics that it was not economically feasible to produce the Envision at a second location at its current projected volumes given that the largest percentage of sales of the model are in China.

The Buick Envision is currently the only import to the US that GM has planned from China. It will go on display at next month's North American International Auto Show.