GM’s Holden says Australian plant will close down in October 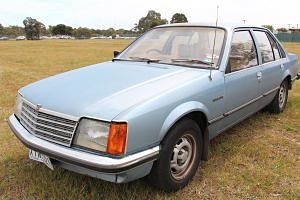 General Motors Australia subsidiary Holden will produce more than 30,000 vehicles at its Elizabeth plant in South Australia before shutting the site down on October 20th.

The brand, which already imports most of its models, will continue to ship cars in from Europe, North America and Asia after local production ceases.

More than a third of the future product portfolio will be sourced from Europe, with vehicles also being sourced from North America and Asia, according to a company statement.

Outside of the locally produced Commodore model (older model pictured), the company sells rebadged models from sharing arrangements with the likes of Chevrolet, Opel and Suzuki.

Holden plans to launch 24 vehicles and 36 new drivetrain combinations by the end of 2020. This includes the continuation of the Commodore brand with a new-generation model expected in 2018. Upon announcing the new Commodore last year, the company said it would be built in Germany on architecture shared with Opel Insignia.

It also plans to continue to test and tune vehicles for Australian conditions at its Lang Lang Proving Ground in Victoria, while retaining 300 designers and engineers. The Global Design centre, meanwhile, will remain in Port Melbourne and contribute to local and global product programs, said the OEM.

Holden employs 700 staff with a further 10,000 employed across its 230 dealers around the country.

The company moved into the automotive sector in 1908 and became a GM subsidiary in 1931. It first announced it would cease local production in 2013. The company has been producing cars at Elizabeth for more than 60 years.

It attributed the decision to the “perfect storm of negative influences the automotive industry faces in the country”, including a strong currency, high costs and a small domestic market.

When Mitsubishi closed its factory in Adelaide in 2008, the remaining three plants in Australia had combined annual production of about 220,000 units. In 2015, vehicle production fell to 167,500 units compared to around 175,000 in 2014, according to the country’s Federal Chamber of Automotive Industries.