​Goodman to construct CKD hub for Volkswagen in Duisport 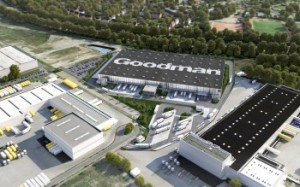 Goodman, the global logistics space provider, has announced plans to construct a 24,000 square metre complete knockdown kit (CKD) export hub for Volkswagen in the Duisburg-Kasslerfeld port and logistics area of Duisport, in western Germany. The hub will supply automotive parts to all of its plants not currently located in Europe.

The hub is expected to go online in the first quarter of 2014.

Duisport is situated on the river Rhine and serves as Europe’s largest inland port . The port has solid multimodal access, with links to the ports of Rotterdam and Antwerp along with convenient rail and motorway access.

Leslie Bothge, a spokesperson for the Volkswagen Group, confirmed that the Duisport hub would supply its major markets outside Europe with vehicle and powertrain parts. She confirmed that CKD vehicle and parts exports would remain part of the group’s expansion in new markets. “CKD production was and is part of Volkswagen’s growth strategy,”she told Automotive Logistics.

The Volkswagen Group has plants from North and South America to Asia and Africa, many of which would receive CKD bundles of parts. The group also has CKD plants in a number of markets, including Russia, India and Malaysia.

The project follows on the coattails of a number of recent automotive warehousing projects for Goodman in Germany, including a 45,000 square metre facility for Volkswagen in Hanover in January 2012.

The company has recently announced the development of a warehouse for Daimler in Bremen, which was also on a former industrial site. The group is also constructing a 14,300 square metre site for logistics service provider Schnellecke, in Leipzig.Goodman develops and manages logistics and business spaces across Europe, the UK, the Asia-Pacific region, North America and Brazil. Its main investments are with industrial estates, as well as warehouses and distribution centres. Its total assets equal €17.2 billion ($22.8 billion), and it currently has more than 400 properties under management.