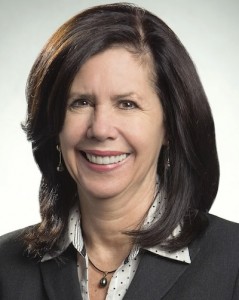 Lieblein has been in the Global Purchasing and Supply Chain role since the end of 2012 when she took over from Bob Socia. She joined GM in 1978 as a co-op student at GM’s Assembly Division in Los Angeles. Since then, she has held a variety of leadership positions in engineering, product development and manufacturing. They include the position of president and managing director of GM’s activities in both Brazil and Mexico.

In a statement, GM said that under Lieblein’s leadership the company had set the foundation for more productive supplier relations, based on greater collaboration, attention to quality and a focus on mutual success, something that had been recognised by the supplier community as a model for the industry.

“With her diverse technical expertise, steeped with a customer-facing perspective, Lieblein is well-positioned to accelerate GM’s progress in vehicle quality,” the company said.

Under Leiblein, GM has also set out aggressive cost cutting targets for logistics, including reductions of around $1 billion by 2016 following moves that include moving suppliers closer to plants and investing in logistics centres (read more here).

The company said that Steve Kiefer would continue to build on the progress Lieblein had established with GM’s suppliers.

“Kiefer’s extensive leadership experience in the supplier community, and strong technical expertise will be key as GM continues its efforts to reshape how the company and its suppliers work together, partner for mutual success, and deliver greater value to customers,” GM said.

The other move announced last week is that Alicia Boler-Davis, currently senior vice-president, Global Quality and Customer Experience, has moved to become senior vice-president, Global Connected Customer Experience. In addition to her current responsibility for customer experience, she will look after the Global Connected Consumer organisation, which includes OnStar and its call centres.