Grace Lieblein to leave GM by end of year

Grace Lieblein, GM’s vice-president of global quality, is retiring from the company at the end of the year. 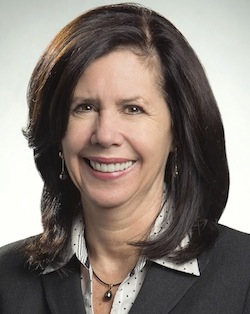 Lieblein moved to her most recent post last year. She was previously vice president, global purchasing and supply chain at GM. She joined GM in 1978 as a co-op student at GM’s Assembly Division in Los Angeles. Since then, she has held a variety of leadership positions in engineering, product development and manufacturing. They include the position of president and managing director of GM’s activities in both Brazil and Mexico.

Under Leiblein, GM also set out aggressive cost cutting targets for logistics, including reductions of around $1 billion by 2016 following moves that include moving suppliers closer to plants and investing in logistics centres (read more here).

During the last year she acted as main contributor in GM’s bid to improve its supplier relations. Quality had become an issue for GM in the wake of the ignition switch scandal, which hit the company in February last year and has led to around 30m vehicle recalls.

A replacement for Leiblein has yet to be announced.